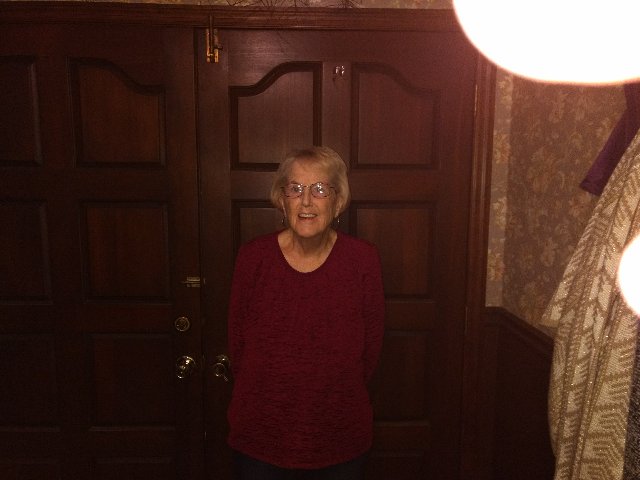 She was married to Sammy Jefferson McCarter for 60 years. She followed Sam through 26 years in the Air Force where she began her career as a civil servant at Reese Air Force Base in Lubbock, Texas. She followed that with a role as squadron commander secretary at McCord AFB in Tacoma, Washington, before relocating to LaGrange where she finished her career with the Army Corps of Engineers as well as the Social Security Administration. She is survived by husband Sammy and sons Steven and Michael.

Ginny was a member of First Baptist Church on the Square and was actively involved in the music ministry, singing in both the adult and senior adult choirs.

A memorial service will be held at First Baptist Church on the Square in LaGrange, Georgia, on Friday, Jan. 12, 2018.

The family will receive friends in the sanctuary beginning at 10:30 a.m. preceding the service to follow at 11 a.m. The Reverend Paul Blair, Dr. Paul Baxter and Pastor Cade Farris will officiate the service. Special thanks to the ministry staff of First Baptist on the Square for helping to remember Ginny as the light of the many lives she touched.