Seniors lead the way for Grangers 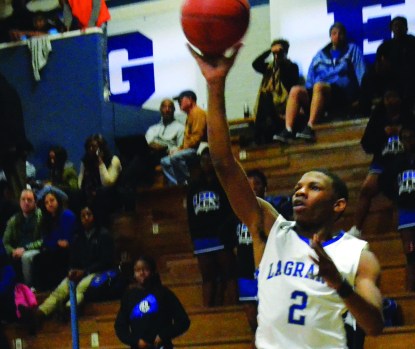 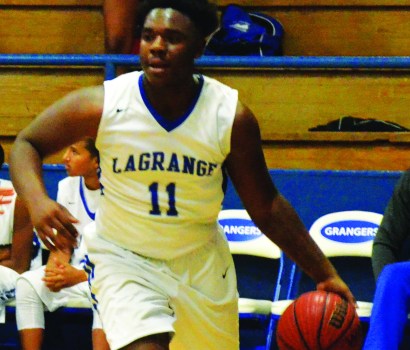 The game wasn’t over, but LaGrange’s hopes were on life support.

After the Troup Tigers closed the third quarter with a flourish to build a 16-point lead, LaGrange’s chances of beating its cross-town rival on Tuesday night appeared slim.

Fortunately for the Grangers, they had Bo Russell and Daz Williams on their side.

The two seniors combined for 21 points in the fourth quarter as LaGrange rallied for a dramatic 64-63 victory.

It was a critical win for the Grangers, who had dropped back-to-back games, both against region opponents.

In the Troup game, Russell led LaGrange with 24 points, with 11 of those points coming during the decisive fourth quarter.

Williams scored 17 points, and he made three critical 3-pointers in the fourth quarter as LaGrange rallied.

Williams sparked the comeback with a pair of 3-pointer within the first minute of the fourth quarter.

Down the stretch, Russell took over, scoring 10 of LaGrange’s final 13 points, and senior Covan Huzzie also made a big 3-pointer.

Russell made a game-tying 3-pointer with 1:13 left, and he made a free throw with four seconds left to give LaGrange the lead.

Behind Russell and Williams, LaGrange outscored Troup 27-10 in the fourth quarter.

Added Williams: “I felt like I couldn’t let my team down. I had to play hard like I know how to play.”

Troup had all the momentum heading to the fourth quarter.

In a brilliant display to close the third quarter, Troup senior guard Jarrious Jefferson scored 11 consecutive points, and he hit a 3-pointer at the buzzer to put LaGrange in a 53-37 hole.

Back-to-back 3-pointers by Williams to begin the fourth quarter gave the Grangers some much-needed momentum, and they kept the pressure on and eventually came all the way back for the win.

While LaGrange’s offense was a big part of the story late, the defense also did its part, holding Troup to 10 fourth-quarter points.

Jefferson, who led his team with 20 points, had five points in the fourth quarter, but he was held scoreless over the final four minutes.

“We had to keep the ball out of his hands,” Williams said.

After today’s game against Sandy Creek, LaGrange will reach the halfway point of its region schedule.

While LaGrange will look to build on Tuesday’s big win, Troup is in bounce-back mode.

Troup, which is 1-2 in the region, has a pair of home games this weekend.

Callaway, which is coming off its first win of the season on Tuesday against Jordan, visits Spencer today before hosting Greenville on Saturday in a non-region game.

In private-school basketball, LaGrange Academy and Lafayette Christian are both at home today