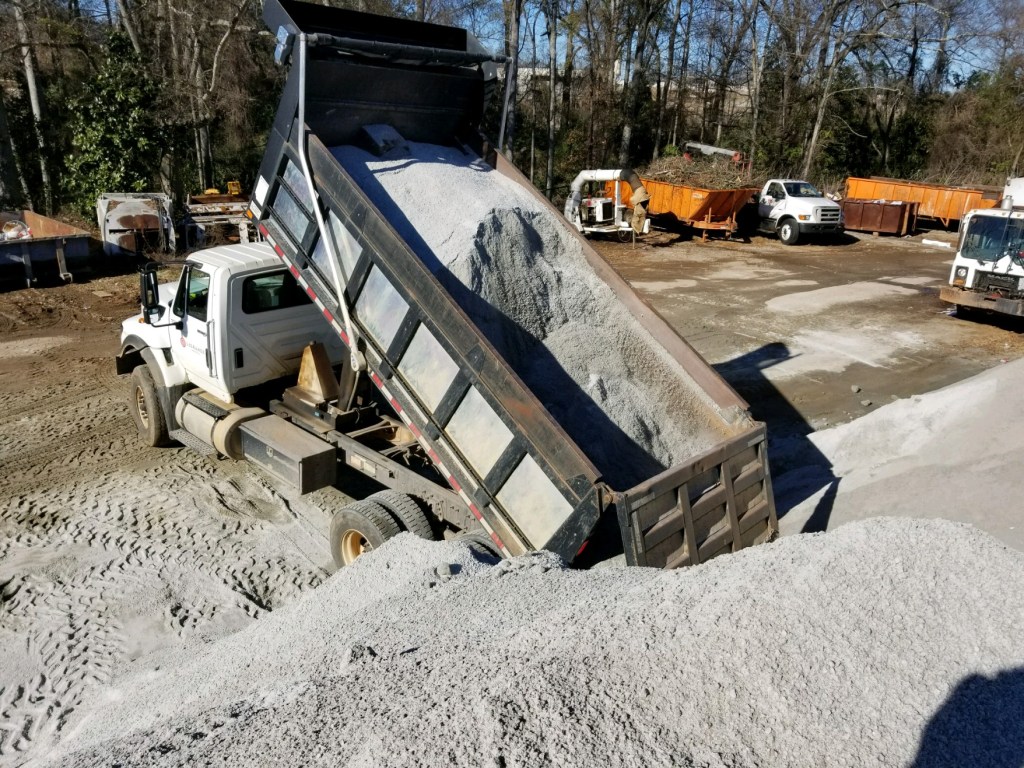 The weather outside was frightful this week, but local workers with the City of LaGrange and Troup County worked hard to keep the roads clear, power on and water running through the unusually cold conditions.

Snow began to fall on Tuesday night and continued falling through Wednesday morning. That snow melted and refroze as ice on many roads resulting in dangerous driving conditions. Local work crews worked trying to make roads safer for local drivers.

“It started out bad [Wednesday] morning, and the snow turned to ice pretty quick,” said Chris Prather, the public works manager for the City of LaGrange. “We started treating it with sand. I think we started about 3 o’clock Wednesday morning, and the guys worked through all day Tuesday. The crew worked all night Wednesday night, and we worked all day Thursday. We are just now cutting it off because most spots are starting to thaw out, and we have treated some of the worst areas.”

Due to the extreme rarity of heavy snow and ice in the area, the city and county have limited equipment to use to clear snow and ice.

“We don’t have a way to pretreat it,” Prather said. “That is something that they do up north. They go in and do that a lot. I think more help from the [Department of Transportation would help]. Mainly, a lot of what we worked was DOT routes, and we weren’t able to work on the city streets (because we were working on) the DOT routes.”

According to County Engineer James Emery, the Georgia DOT was able to clear and sand state highways that run through the county as well as the interstate, which allowed county crews to focus on other county roads, clearing heavily traveled routes first.

“Our crews have worked extremely hard to take care of all the road problems that they could,” Emery said. “We prioritized those problems based on the traffic on the roads. You start with the higher order, major collector roads then go way down to minor collector roads and local roads.”

Both the city and the county prioritized those heavily-traveled roads to minimize accidents.

“The biggest challenge was dealing with the motorists trying to get on the street,” Prather said. “I know we worked a few wrecks [Thursday] on Lafayette Parkway, off the road.”

The changing forecast made it difficult for crews to prepare. Around 48 hours before snow fell, the National Weather Service in Peachtree City wasn’t forecasting a lot of snow in Troup County.

“It was very widespread, and there was much more snow than what was forecasted,” Emery said. “The forecast was for 10 percent chance of precipitation when we looked at it on Friday, and we thought that might be rain. Then by Monday, the forecast had changed to the possibility of snow with 60 percent chance of one inch of snow. Then what we actually got was up to five inches measured in many places around the county, about a third of the county. I personally measured five inches of snow.”

According to Emery, snowfall was heavier on the western side of the county, and in some areas, it was significantly higher than the official measurement for the county.

“On a snowfall like this — I’ve found that as I travel around the county —when the entire county is covered in snow, some areas are down to one inch, some areas at least two inches and then some areas up to five inches,” Emery said. “Sometimes there were big variations a short distance apart. I would drive down one road, and I’d see a half inch to an inch of snow on the road. Then I’d drive less than a half a mile, and I’d see three inches.”

The county used equipment to dig out sections of the road and sand to create traction on sections with black ice. The city also used sand on the roads.

“Just on a normal basis, we have enough material here to do the initial two-day process, and I started hauling back in yesterday, just to ensure that we had enough material,” Prather said. “My trucks hauled material back in today, so I think the city is pretty equipped in stockpiling material needed for something like that.”

That sand on city roads will be cleaned up by a street sweeper in the next few days.

“We’ve got a street sweeper, and he’ll come in, and we’ll sweep all the areas that we put it [the sand] heavy,” Prather said. “He’ll start on that and get that swept up — all these intersections — our street sweeper will go back around and pick it up.”

Meanwhile, employees in the water department have been working to repair leaks due to the cold weather for weeks, and the below freezing temperatures of the last week have increased the number of areas that need attention, especially in customer service lines, which are typically not buried as deep as water mains.

“We’ve been fixing and repairing water leaks for several days related to the extreme cold weather that we’ve had, so the water crews have been very busy and continue to be busy repairing leaks,” said David Bowie, the utilities director for the City of LaGrange. “Whenever a customer has a leak on their service line, we have to cut the meter off, so that they can get it repaired.”

According to Bowie, the City of LaGrange only experienced minor power outages caused by vehicles hitting utility poles. He attributed the lack of outages to the type of precipitation that the city received consisting more of snow than ice.

“Obviously, there was ice on the roads when the snow melted and refroze, it turned to ice, but in terms of the power lines and tree limbs that will fall on the power lines, it was snow which does not cause problems like ice does,” Bowie said.

Prather, Emery and Bowie all expressed their gratitude for the hard work and extra hours that their crews have committed themselves to over the past few days.