Lamar donates billboards to The Ray 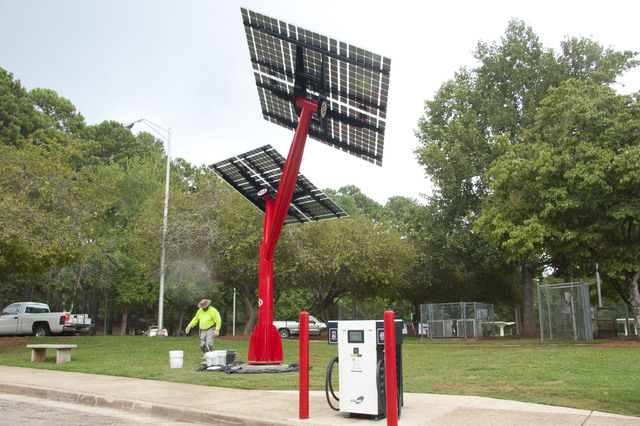 If you’ve recently driven down the 18-mile stretch of I-85 between LaGrange, Georgia and the Alabama border, you’ll have noticed some changes. Four billboards welcome you to The Ray, a “safer, cleaner, smarter highway.” This is thanks to a new partnership with Lamar, one of the largest outdoor advertising companies in the world.

“We’re very excited to partner with The Ray,” said Nick Brown, Vice President/General Manager of Lamar Advertising Company of Atlanta, “as a company tied intrinsically to transportation and highway infrastructure, we see a lot of value in supporting the innovations on The Ray. We hope our billboards will draw more attention, and more visitors, to see and experience these new technologies.”

The Ray is part of the federal interstate system, a critical component of the nation’s transportation logistics and distribution system.

“We’re limited on the kind of signage we can put on The Ray,” said Harriet Langford, president and founder of The Ray, “This generous donation allows us to let drivers know they’re somewhere special.”

That somewhere special is the only publicly-accessible living laboratory for cutting-edge transportation technology.

Visitors can pull off at Exit 1 traveling North coming into Georgia at the Georgia Visitors Information Center. There they can drive over the world’s first drivable solar road and have their tire tread depth and pressure checked without ever leaving the car. Electric cars can get a free charge in under 30 minutes from a solar charging station.

“The Ray has so much to offer drivers, we’re thrilled that this donation will allow us to educate more of them about smart, safe, sustainable highways,” Langford said.

Lamar will continue to help promote The Ray on available billboard space for the foreseeable future.

The Ray is a proving ground for the evolving ideas and technologies that will transform the transportation infrastructure of the future, beginning with the corridor of road that is named in memory of Ray C. Anderson (1934-2011), a Georgia native who became a captain of industry and was recognized as a leader in green business when he challenged his company, Atlanta-based Interface, Inc., to reimagine the enterprise as a sustainable company—one that would pursue zero environmental footprint. Chaired by Ray’s daughter Harriet Langford, The Ray is an epiphany of the Ray C. Anderson Foundation. Learn more at www.theray.org.

Snow’s gone and there is plenty to do Saturday