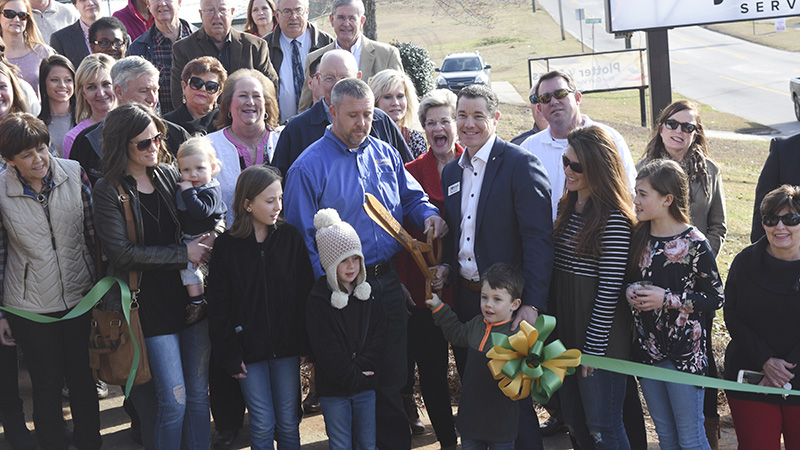 It took a few extra minutes to unveil the new sign Thursday at Jackson Heating and Air’s location on Whitesville Road, but it only added to the suspense of what the business had in store for its customers.

Eventually, a ladder was found and the new sign was unveiled, officially changing the long-time family businesses’ name to Jackson Services. Jackson has officially acquired Beall’s Plumbing, and has also added other new service options, including a mechanical division and home automation.

Other new changes will be coming as well.

Dale Jackson, co-owner of the business with his cousin Ben, said the business’ building on Whitesville Road will also be completely redone.

“We are actually modeling this after Great Wolf Lodge. It’s a mixture of wooden beams and rock,” Dale Jackson said. “We also want to partner with the city, partner with the Callaway Foundation and the county and lead the charge in the beautification of Whitesville [Road] in relation to going from Great Wolf Lodge to our beautiful downtown square. We want to set that standard and set that example for other businesses along this corridor, and we are going to put our money where our mouth is and start that investment.”

Jackson also announced a new app for service calls, where customers can track when a Jackson employee will arrive. It will also give customers the choice of paying their bill on the app.

Service from the Air Force to the Red Cross