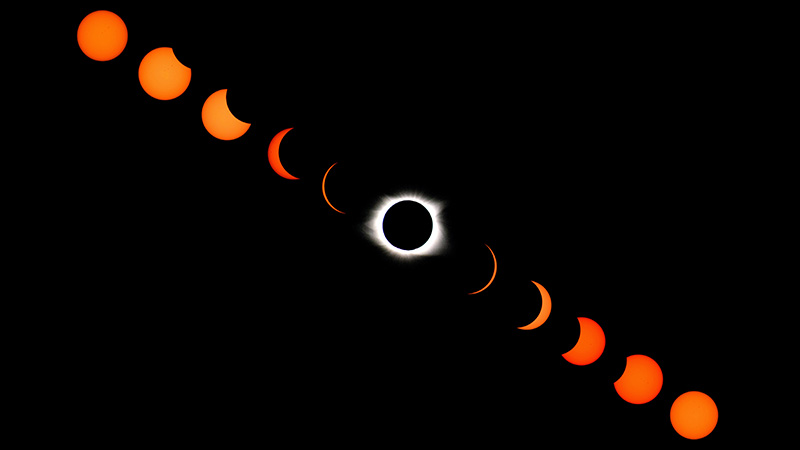 Whit Perry’s photographs are familiar for many who live and work in Troup County.

His nature photography has a regular home in local exhibits including recent shows at the Cochran Gallery, the LaGrange Art Museum and The Suffering Artist. These photos feature everything from bears to local performances to last year’s solar eclipse. Perry said that he doesn’t have a favorite photo that he has taken, but some of his photographs have turned out to be very popular.

“The most popular photos (I’ve taken) were the photos of the eclipse — the whole sequence of the eclipse,” Perry said. “A lot of people have bought copies of that.”

Perry has lived in LaGrange for years, but he was raised on a Mississippi Delta farm where he first began taking photographs about 50 years ago.

“I wanted to stop time,” Perry said. “When I was a kid, I was in the era of mule power, and I knew it was going to change, and I wanted to capture some of the things that I grew up with.”

He has taken many photos since then, capturing first the scenes near where he was raised then during his travels across Europe, North Africa and Asia. In that time, he has been able to grow and learn as a photographer, but he prefers digital cameras to the film that he used in his younger days.

“I had asthma and when I was about 25, I built a dark room, and I developed one roll of film, and I found out that I couldn’t breathe in that atmosphere,” Perry said. “I started wheezing and coughing, so I wish digital photography had been available back then. And I wish when I hitchhiked around the world, that I had had a decent camera. I just had a little (Kodak) Brownie type camera, and the pictures that I have are not very inspiring. They are mostly fuzzy, but I did take a lot of pictures.”

After returning from his travels, Perry bought a single-lens reflex camera and began work as a reporter for The Commercial Appeal in Memphis, Tennessee. He went on to work as the editor for Cotton Farming Magazine, as a public relations manager for Holiday Inns International, as a marketing director for Callaway Gardens and as the head of Perry & Associates, a financial planning firm.

Since retiring, he has become the official photographer for Pure Life Studios and the Azalea Storytelling Festival.

Nature photography holds a special place in his heart though.

Perry said that just being in nature is relaxing.

“I just enjoy being out in nature,” Perry said. “It is really calming for me and inspirational.”

To meet Perry and experience his other favorite artistic ability of making music first hand, see him in concert at Pure Life Studios on Friday at 7:30 p.m. when he performs at Writers Round. Robert Ledet and Michael Conrad Johnson are also slated to perform. For more information on the concert, visit Purelifelagrange.com.