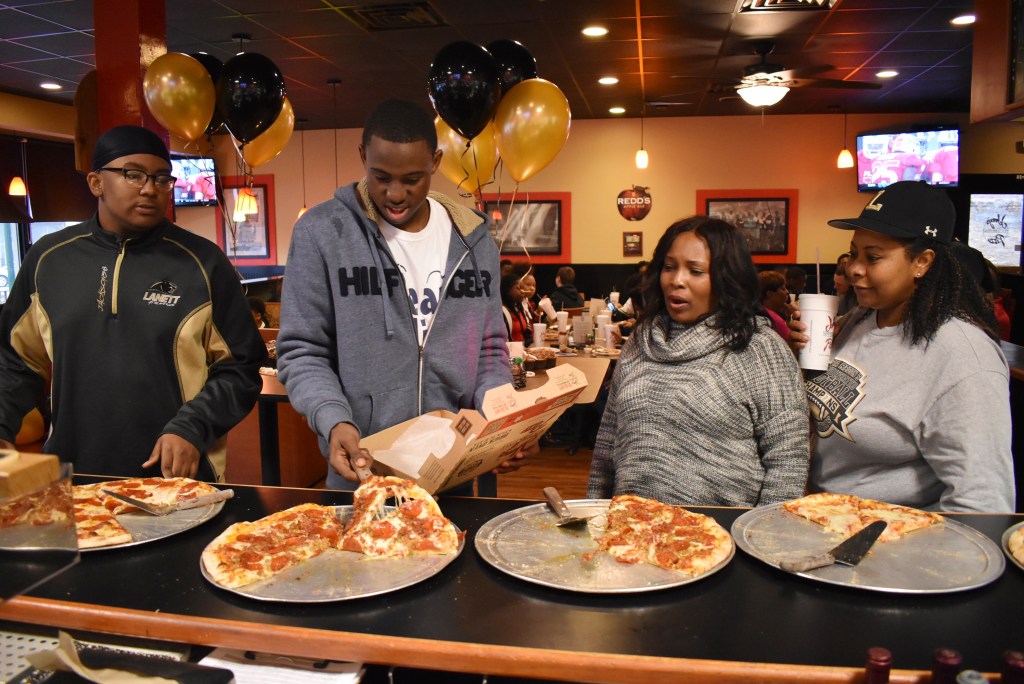 The event is part of a long-standing tradition held by the pizzeria in which any local team that wins a championship receives free pizza.

Ben Hamilton, manager at the restaurant, said it’s about being a community partner.

“So far, we’ve gotten the Springwood Lady Wildcats last year, and we’ve had two Lanett state championships in basketball back to back, but this is the first football championship in our area in a while,” he said. “This is just something we do to give back to the community and the local high schools. They support us, so we’ve got to support them.”

The event saw about 75 percent of the team in attendance.

Head coach Clifford Story was thankful for the event.

“I commend Ben, his family and Johnny’s Pizza for affording us the opportunity to be able to come here and feed us,” he said. “Especially on a day like Sunday. That really speaks volumes for the role they play in this community and they do. It means a lot to me and Lanett High School.”

“It’s a big deal in a small town, really any community,” Hamilton, said.

The idea for giving championship winning local teams pizza started in 2010, around the time the business opened.