Man in stolen truck arrested after leading police on pursuit 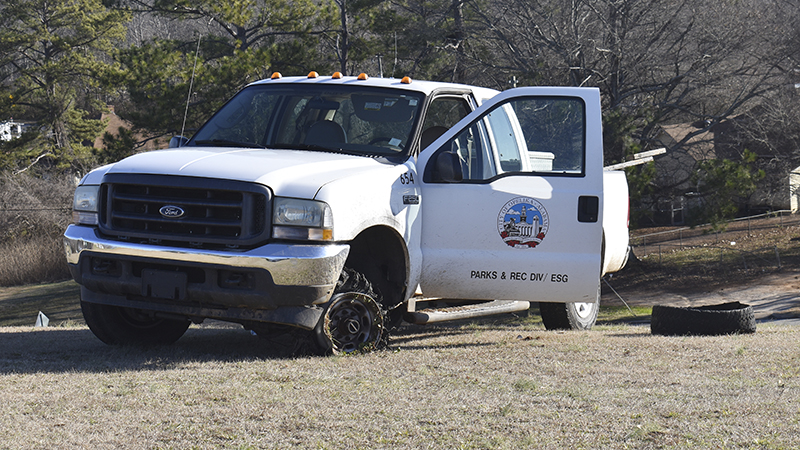 By Daniel Evans and Baker Ellis
The LaGrange Daily News

A man wanted for alleged crimes in LaGrange, Coweta County and two Alabama cities was arrested Tuesday morning after a short pursuit. 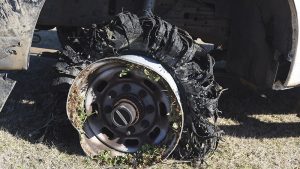 The truck had a GPS device that helped authorities determine its location. Smith said dispatchers notified officers that the truck was traveling on South Cameron Mill Road toward LaGrange at 8:59 a.m.

“The truck had a GPS tracker on it. and Opelika is the one that notified 911 of the location of the vehicle,” Smith said. “LaGrange proceeded in that direction, and we didn’t know who was in the car at the time obviously, but then they located the vehicle through the GPS tracker.”

The LaGrange Police Department put down stop sticks, and the truck ran over them, causing significant damage to the truck’s front left tire. Cantrell led deputies on a chase that included driving through the parking lot by the LaGrange Daily News before wrecking by the clock tower.

“Corp. Chris McGhee made contact with it on Cameron Mill Road. He followed the vehicle until assistance units could get him to him. Once he attempted to make a traffic stop on the vehicle, the driver began fleeing from law enforcement officers,” said Gabe Garner with the TCSO. “He is wanted for several felonies already, and we continued to pursue. The city of LaGrange hit him with a set of stop sticks on Country Club Road. That’s the reason his tire is blown out. He made it through the city, of course, the truck quit on him, and we actually made contact with him on the corner of Cypress Street up there and took him into custody.”

Cantrell jumped out of the wrecked truck and tried to run from officers, but he didn’t make it far before he was caught and arrested.

According to Smith, Cantrell is facing the following charges from the TCSO:

Cantrell also has charges in Coweta County and in Tallassee and Opelika, Alabama.