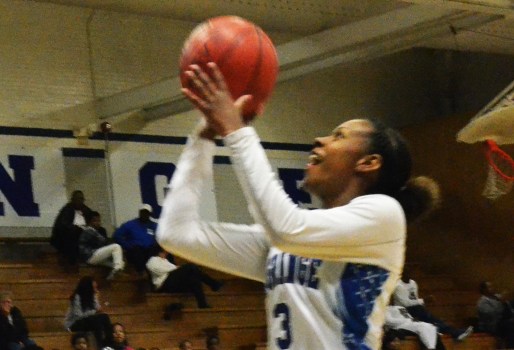 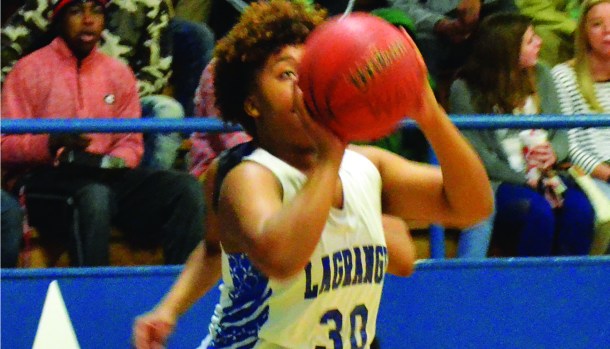 Their position is locked in, but the LaGrange Lady Grangers aren’t going to let up now.

LaGrange wrapped up the top seed for the Region 5-AAAA tournament with Saturday’s road win over Sandy Creek.

The Lady Grangers have no intention of taking their foot off the accelerator now, though.

LaGrange overwhelmed Chapel Hill 52-16 on Tuesday, and it is one victory away from completing a perfect regular season in region play.

LaGrange will carry an 11-0 region record into today’s regular-season finale against Central-Carroll.“We just want to keep that momentum,” LaGrange head coach Stephen Tuck said. “We don’t want to have that mindset of losing. We just told them from the get-go, continue to play our game, continue to play the right way, and everything will go the way it’s supposed to go.”

Senior guard Aryan Dozier continued her stellar play of late with a 21-point effort, and she made three 3-pointers.

In her past three games, Dozier has scored a combined 78 points, and that included a 32-point outburst against Troup, and she had 25 points on Saturay against Sandy Creek.

The way the Lady Grangers were playing defense, they didn’t need to do much on the offensive end to win.

Chapel Hill never scored more than seven points in a quarter, and it only had five points in the first half.

LaGrange led 10-5 after the opening period, and it didn’t allow a point in the second quarter to go up 23-5.

The story was much the same in the second half, with LaGrange outscoring Chapel Hill 29-11.

Earlier this season, Chapel Hill hung in there early before LaGrange pulled away for a 44-27 win.

In the rematch, LaGrange made sure there would be no suspense by putting it away early.

“The last time we went up to Chapel Hill, they kind of took it to us in the beginning,” Tuck said. “So that really helped us. I told them from the get-go, don’t come out sleeping. They came out and played hard.”