Vets to be honored with ‘Songs that Won the War’ 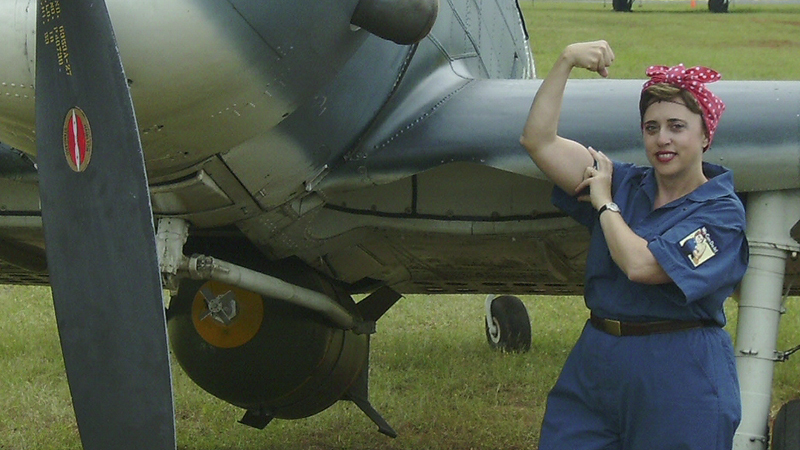 The Choral Society of West Georgia and the Auburn Knights are currently warming up for a concert to honor those who served in World War II with a musical concert featuring dinner, dancing and “The Songs that Won the War.”

The choral society plans to honor World War II veterans and spouses in attendance at the concert. The Auburn Knight and the choral society will perform songs that were popular as American troops fought overseas. Swing dancers from Auburn also plan to attend, and the audience will be welcome to dance through the big band hits as well.

“We will have the entire choir which is 48 members of the choral society, performing as well as the Auburn Knights and Carol (Cain as Rosie the Riveter), and I have an interim accompanist,” said Bettie Biggs, the artistic director for The Choral Society of West Georgia. “His name is Andrew Harry, and he is adjunct professor of piano and staff accompanist at (LaGrange) College. He is a phenomenal pianist in his own right.”

Harry will perform “The Last Time I Saw Paris,” a song written in 1940 that was popular during the German occupation of France. Many attendees will also recognize the familiar face of Cain as Rosie the Riveter, who will tie the concert together as the narrator.

“I get to share the stories behind the music,” Cain said. “Just little tidbits that are interesting, and people may or may not know about songs that they think they know.”

The event will also feature a video from the “Faces of World War II: West Georgia” exhibit that was prepared and curated by Isabelle Knight, Bobby Cammon and Terry Hoppe for the Troup County Archives in 2013.

“They did a big World War II exhibition, and she had a DVD made of every single soldier, sailor, military person in Troup County that served in the war,” Biggs said. “She has graciously given that for us to use, so while dinner is being served, we will have on those big screens at Callaway all of those veterans. It is amazing, and it gives you chill bumps.”

Kimble’s will cater the event, and the meal, the concert and two glasses of wine or beverage of your choice will be included in the ticket price.

“Songs That Won the War” will be performed at the Callaway Conference Center at West Georgia Technical College on Feb. 24 at 6 p.m. Tickets can be purchased at Tournesol, Plum Southern and Market Place for $45 in advance. No tickets will be sold at the door. Admission for World War II veterans and spouses will be covered by the choral society, but reservations should still be made in advance by calling (706) 882-2734. For more information, visit Cswg.weebly.com.