‘The Nerd’ to open at New Horizon Theater 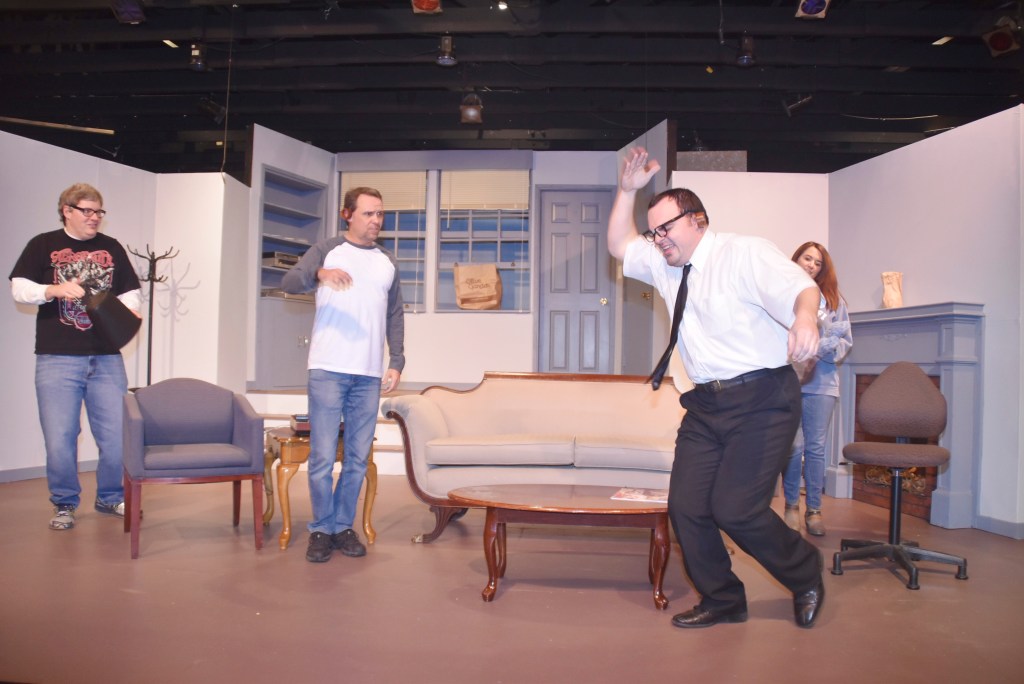 WEST POINT — There will be a lot of laughs in the air next week when the New Horizon Theatre presents “The Nerd” on Feb. 15, 16 and 17.

The show is being directed by seasoned veteran actor, educator and director Rick Adams, who is returning to the New Horizon stage.

“Nerd” highlights one long week in the life of Willum Cubbert (Keith McDow), a young architect in Terre Haute, Indiana, and his girlfriend, Tansy (Laura Bright), an aspiring TV weather girl.  Willum is a Vietnam veteran who was wounded in the war.  He has often told Tansy and his best friend Axel (Jared Duskin) about the debt he owes to Rick Steadman (Chase Golden), a fellow ex-G.I. whom he has never met, but who saved his life after he was seriously injured.  He has written to Rick to say that, as long as he is alive, Rick will have “somebody on this Earth who will do anything for you… Money?  A place to stay? Anything.”

On the night of his 34th birthday party, attended by Tansy, Axel and the Waldgraves — Warnock (Chad Kendrick); his wife Clelia (Lydia Johnson), and their delightful daughter Angelica (Aubry-Stephens Capps), Willum is delighted to have a surprise visitor —Rick Steadman.

This heroic soldier appears on Willum’s doorstep — with his things. Rick is jobless, homeless and penniless — a bumbling oaf with no social grace, no common sense and even less tact.  A complete and utter nerd. And Rick stays, on and on. His extended visit leads to one hilarious incident after another until Willum’s nerves and patience reach the breaking point. Disaster is mercifully averted by an unexpected twist, and order is restored.

Adams recalls the first time he saw “Nerd,” noting it was a Broadway production starring Mark Hamill while Adams was working as a teacher.

Adams had similar things to say about the cast of the current production, which all but one he has previously worked with in the past.

Adams hinted at several particular funny moments, including one where most of the cast have to perform with bags over their heads and another where they have to rid a friend of a “pig god.”

Performances are at 8 p.m. on Thursday, Friday, and Saturday evenings with an additional matinee performance at 2 p.m. on Saturday afternoon, Feb 17.

Tickets are on sale online at www.nhct.org or by calling the ticket office at 706-518-6234. Adams predicted an entertained audience.

“People are going to be standing in line for the bathroom because they’re going to wet their pant,” he said.