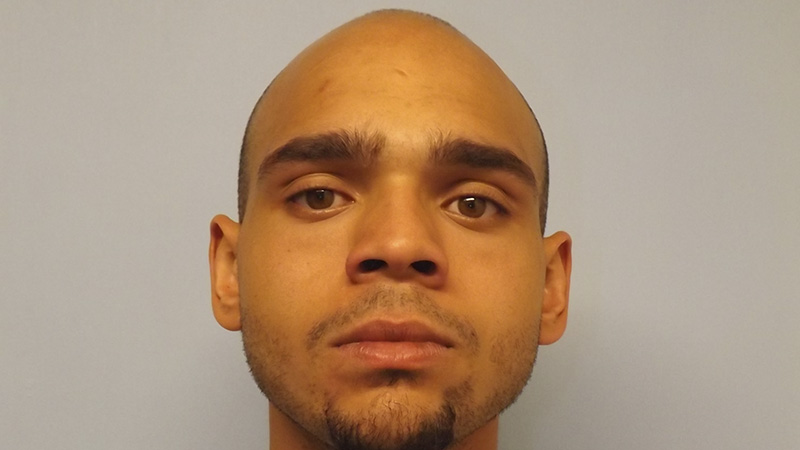 A 22-year-old man on the run for kidnapping, robbery and auto theft charges in Kentucky, turned himself into the Troup County Jail on Wednesday afternoon.

Kyle E. Smith will also face an arson charge from the LaGrange Police Department after the 1999 green Mercury Villager he had been driving was found engulfed in flames in the woods Wednesday morning.

Smith had been on the run after kidnapping a female in Kentucky before 7 a.m. Tuesday, as she was leaving a daycare. The victim told the Boyle County Sheriff’s Office in Danville, Kentucky that Smith dragged her into a 1999 green Mercury Villager.

According to the Boyle County Sheriff’s Office, the female jumped from the moving vehicle to escape him. She was treated at a local hospital for her injuries.

Sgt. William Nelson with the LaGrange Police Department said the victim and Smith have had a romantic relationship in the past.

Smith then made his way into LaGrange. Nelson said Smith had connections in the Troup County area and might be originally from this area.

The Mercury Villager was found engulfed in flames in the woods Wednesday morning around 1:20 a.m. at Jones Street Park located at the corner of Boatwright and Jones Street, according to a LaGrange Police Department press release.

Hours later, Smith walked into the Troup County Sheriff’s Office and turned himself in, according to Sgt. Stewart Smith with the TCSO.

Nelson said the victim’s family was relieved at the news.

“It was a very scary situation that they do know who he is and it is my understanding this a family violence related offense, so there is some mixed emotions there, but a great deal of relief,” Nelson said. “They don’t have to worry about him coming back to hurt her right now.”