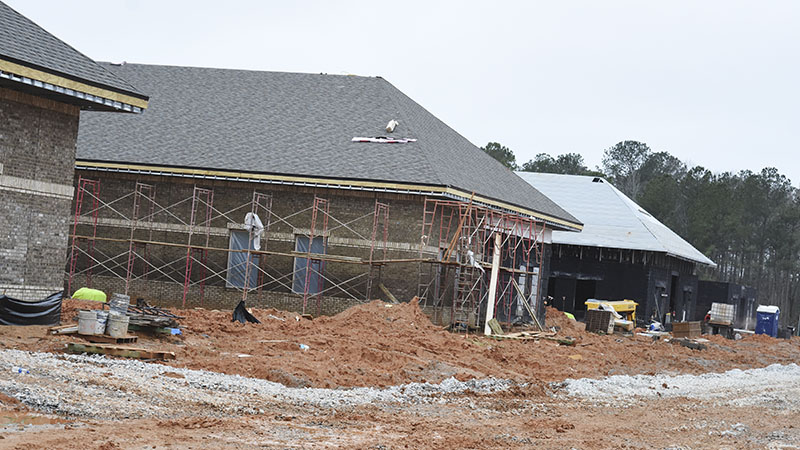 A lot of progress has been made at elementary school "A." --Daniel Evans

The Troup County School Board didn’t officially decide the name of its new elementary school Monday night, but the apparent frontrunner is in clear view.

The Troup County School Board discussed 17 submitted name proposals Monday night, and Clearview Elementary School appeared to be the favorite. The majority of the board raised its hand Monday night when asked if they were in favor of that name, though that was during a non-binding vote meant to move the discussion forward.

“It looks like we’ve got a real consensus on Clearview,” said board chairman Kirk Hancock.

The school system has generally stayed away from naming schools after a person and the board appeared in favor of that again Monday.

“I think any of those [people] would be great, but if you name it for one, you’ve eliminated all the others, and they are just as deserving,” said board member Ted Alford. “That’s one of the reasons we decided to stay away from names. Clearview Elementary sounds like a good one.”

From those six, Clearview was the consensus top choice, at least on Monday night. Board members could still change their mind before Thursday’s board meeting, when they are expected to vote on an official name. The school is known as elementary school “A” right now and is slated to open in August.

The school system accepted name proposals from Nov. 17 to Jan. 12.