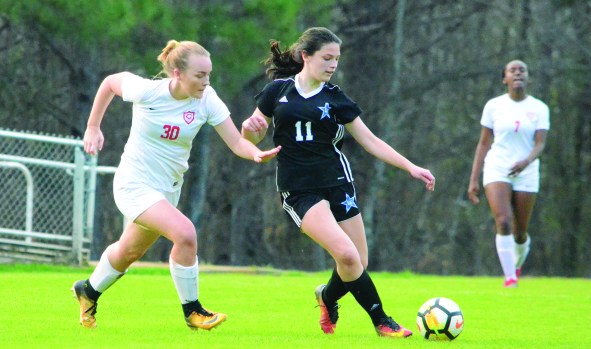 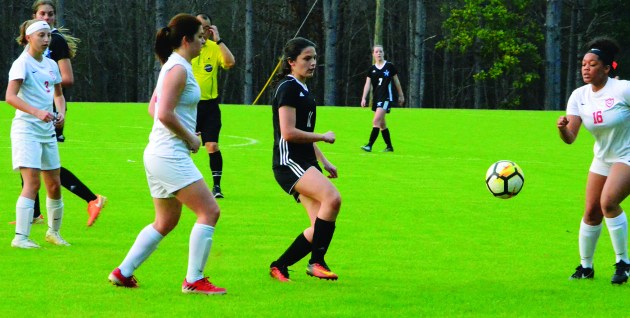 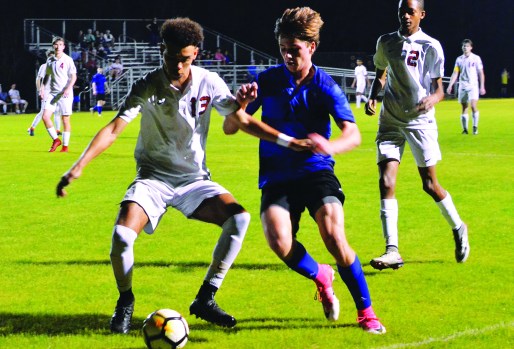 It was all LaGrange.

The LaGrange High soccer teams were on the road against cross-town rival Callaway on Friday, and they won the two games by a combined score of 17-0.

In the girls’ game, freshman Sydney Ormsby notched three goals for her first career hat-trick to lead LaGrange to a 9-0 victory.

In the boys’ game, Robert Reese had three goals as LaGrange soared to an 8-0 win.

The Grangers are under the direction of new head coach Shane Pulliam, and one of his main priorities has been to improve the team’s offensive efficiency.

Considering the Grangers are averaging more than four goals per game, that goal has been accomplished so far.

“We’re six games in, and we’re at 25 (goals),” LaGrange head coach Shane Pulliam said. “We’re a third of the way in, and we’re nine goals away from their total from last year. And we still have two-thirds of the season left. We open people up, and they don’t know what to stop.”

Pulliam first started working with the players during the summer when LaGrange was participating in a seven-on-seven soccer league at Callaway.

“We were out here this summer, and they were playing the way they played,” Pulliam said. “At the end of all of it, they were like, what do you think? And I told them, well, you don’t do this, this or this well. We depend on athleticism, and if you depend on athletic ability that will only take you so far.”

There was also plenty Pulliam liked about what he saw, though.

“They said what do you like, and I said I like the fact that you never quit, that you work hard for each other, and that you’re coachable,” Pulliams said. “I told them if we can continue to do those three things, we can learn the other things. They listen to new ideas, and they’re open to doing things in a different way.”

The Grangers had no problems finding the back of the net on Friday.

Reese led the way with his hat trick, and he scored three of LaGrange’s first five goals.

Liam McDonald had two goals, both in the first half, and Grayson Bartley capped the scoring with two goals in the second half.

Max Halcomb also had a goal for the Grangers, and he added a pair of assists.

In the girls’ game, LaGrange led 2-0 at the half, and it blew it open with seven goals in the second half.

Sydney Ormsby had her first varsity goal earlier in the week against Bremen, and she added to that total with three goals against Callaway.

Devon Taylor and Emma Matthews each had one goal.

Abby Mazzolini had three of the assists, Thompson had two, and Lindsey Woodham, Emma Matthews, Hana Sato and Evan Hutton each had one.

LaGrange coach Colin Ross said the players did a great job of executing the offensive game plan, particularly in the second half.

“The second half, it really worked,” Ross said. “We had everybody in the right positions.”

One of the players Ross singled out was freshman Kylie Russell, who has played multiple positions this season.

“She was our key component in letting us play that game,” Ross said. “She’s a freshman, and she can play any position. She can play center back, outside mid, center mid. She passed it around, and let everybody do their jobs.”