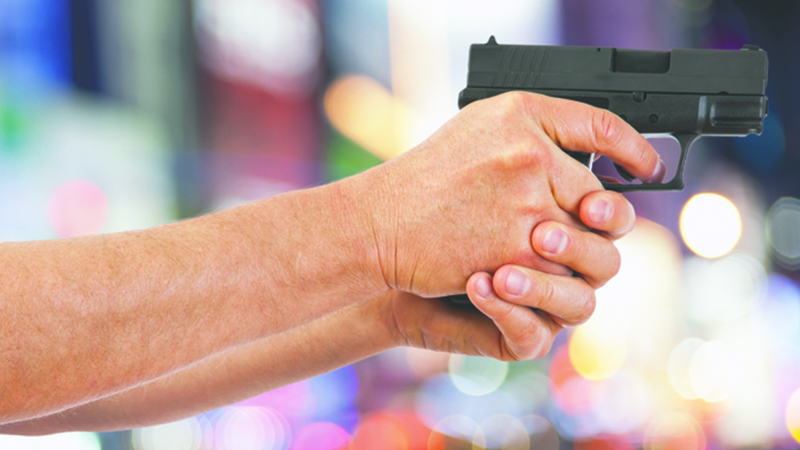 The LaGrange Police Department’s use of force numbers were released in the annual public safety report..--File Photo

No officer with the LaGrange Police Department has fired a weapon while responding to a call since 2012, according to data compiled from the department’s annual public safety report.

Dekmar said training and selection play an instrumental role in how the department uses force.

“We put a lot of premium on training and spend a lot of money on training,” Dekmar said. “We also take our time on selection. It takes us 100 applicants to hire three.”

According to numbers compiled from those reports, no police officer in LaGrange has fired a weapon on duty in more than five years. The 2016 public safety report notes that seven of the eight shots fired in 2012 were because of aggressive dogs.

The LPD has instead resorted to other measures when needed. In 2017, the officers used a Taser nine times. That’s well below the average from 2011 to 2016, when a Taser was used an average of 19.6 times per year, according to the various public safety reports.

A PepperBall was used two times in 2017. The PepperBall has seen its use steadily decline dating back to 2012, when it was utilized 11 times.

In 2017, the LPD used weaponless force 55 times, which is right in line with the department’s seven-year average. The LPD averaged using weaponless force 53 times a year from 2011 to 2016, according to the reports.

“We emphasize de-escalation. We emphasize time. We emphasize explanation so folks understand what we’re doing and why,” Dekmar said. “We embrace the founding principles for contemporary law enforcement — which is that force should be the last resort. Use persuasion, issue pleas, try to convince them with facts or explain the consequences, so I think that’s why we enjoy a relatively low use of force.”

The LPD is allocated 90 officers and each is required to go through 40 hours of Crisis Intervention Team training. The LPD held CIT training in early February and has done so every year since 2006, according to Lt. Eric Lohr.

“It’s primarily dealing with individuals affected by mental illness, but the same de-escalaton techniques work on individuals who are emotionally disturbed, intoxicated, on drugs or agitated,” Dekmar said. “As we saw our officers be CIT trained, we saw our use of force go down too. We used to run use of force for about 6,000 arrests, we had somewhere around 100 to 120, so 1 to 2 percent. Now we are less than 1 percent.”

Dekmar referenced a study that showed in most cases, police departments as a whole use force when necessary approximately nine out of ten times. He said the truth is that a suspect simply being taken into custody isn’t often national news. It’s the other stories — when police officers might have overstepped — that get attention.

Regardless, Dekmar said the key is eliminating those mistakes.

“The fact is police ought not to be making those kind of mistakes, and it’s a relatively small number,” Dekmar said.

The LPD has averaged 59 use of force incidents a year since 2011.

Suspects have sustained injuries in 43 of those 391 arrests, or right at 11 percent of the time. Officers have been injured in seven of those cases.  The reports do not go into detail on the severity of the injuries suffered, only stating that injuries indicate that they required some sort of medical treatment.