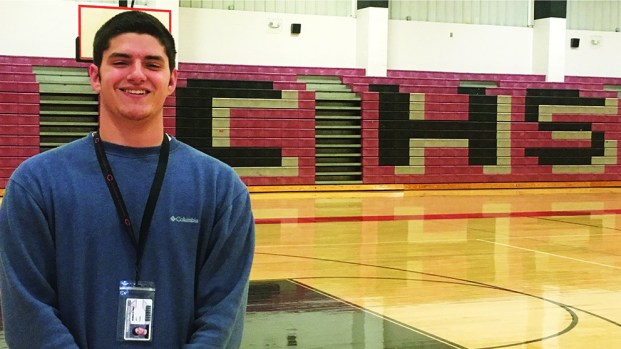 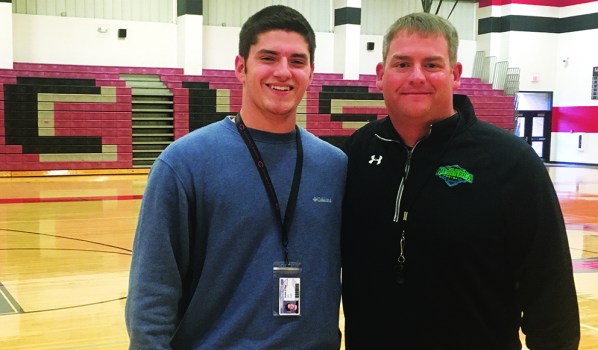 Football is an important part of John Curtis’ life, and he loved wearing the Callaway High uniform for four years.

He was a three-year starter on the offensive line and an all-region player, and he helped the Cavaliers enjoy plenty of success during his time in the program.

Curtis is a lot more than just a football player, though.

He’s a straight A student, a leader in the school and the community, a member of numerous organizations, a volunteer for different charitable causes, a missionary for his Christian faith, and a proud member of a family with deep ties to Callaway High.

As Callaway head coach Pete Wiggins puts it, Curtis is “a high-character kid, and his work ethic will carry him a long way.”

“Down the road, he’ll be successful at whatever he does,” Wiggins added. “He puts a lot of time and effort into community involvement. He’s one of those guys that stood out on the field and in the school, but he also worked hard out in the community.”

For Curtis, being a role model comes with the territory of being a member of a high-profile football program, and he’s fine with that.

“I was always told my parents, represent your family, represent God,” Curtis said. “Going out to these different events, it’s cool to put on the jersey and walk out there and see the looks that you get. It’s a good feeling.”

While Curtis is an exceptional all-around student-athlete with a wide array of interests, there is no doubt how much it meant to him to be a Callaway football player.

He grew up as a fan of Callaway football, and he remembers going to games where his three older siblings were involved.

His two sisters, Grace and Christiane, were athletic trainers at Callaway, and his older brother Stephen was an offensive lineman.

For two years, in fact, the two Curtis brothers were teammates, and for one season they started alongside each other on the offensive line.

Further strengthening his ties to the school, his mother Marie and his father David have both been teachers at Callaway High.

“Ever since elementary school, (Callaway) has always meant a lot,” Curtis said. “It was a big deal to be here.”

Curtis considered all of his teammates, whether they were related by blood or not, to be his family members.

“The people on the team, that’s the closest you’ll be to anybody,” Curtis said. “It’s a kinship. We treated each other as siblings. We respect each other, and enjoy playing football together.”

“John is very smart, and he knew multiple positions, and he was able to play any spot on the offensive line and defensive line, and he also played some linebacker,” Wiggins said. “The biggest trait he has is that he’s a competitor. You put that with his physicality, and it equals a great football player.”

Off the field, Curtis is also a high achiever.

He has never made below an A in any class, all while taking the most challenging courses the school has to offer.

“I haven’t had a B yet, and I’ve always taken pride in that,” Curtis said. “It was pushed by my parents early on, but right now it’s my own goal. I don’t want to let myself down.”

Outside of school, Curtis stays busy.

He helps out at Camp Viola each year, he’s an active member of Faith Baptist Church where he is involved in numerous outreach programs, including Camp Truth, a week-long camp that’s held each summer.

Curtis is also involved with Backpack Buddies, which provides food and other necessities to needy children, and he even went to Costa Rica for a mission trip.

While Curtis is happy to do as much as he can, it doesn’t leave much free time, but that’s something he’s accustomed to.

“I’ve had a busy schedule through all of high school, so I’m used to it,” Curtis said.

Like so many of his fellow seniors, Curtis could have played college football, but he decided to go another direction.

Curtis wanted to attend the University of Georgia, and when he received admittance, the decision was made, and he knew that playing football at the SEC powerhouse wasn’t a possibility.

In February, 13 of Curtis’ fellow seniors participated in a signing-day ceremony where they each announced where they’d be playing college football.

Among the seniors on the team, only Curtis and fellow offensive lineman Lawrence Thompson didn’t participate in the ceremony.

Both men could have played college football but decided not to.

“It was a little bit weird, because people were like why weren’t you up there,” Curtis said. “I told them I’m going to UGA. That’s where I wanted to go.”

Curtis’ time as a high-school student is winding down, and he’s already taking some college courses.

Soon enough he’ll be moving on to Athens where he’ll become one of nearly 40,000 students.

While Curtis will no longer be wearing the Callaway uniform, his coach won’t soon forget him.

“He is caring, committed, honest, and self-motivated, and I am proud of all he has done,” Wiggins said. “He worked hard, and was a great leader for us while he was at Callaway.”