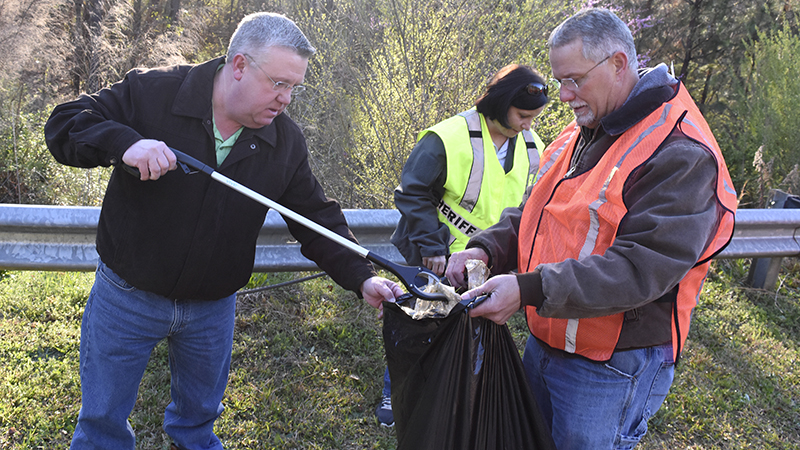 A few weeks ago, Mayor Jim Thornton and Troup County Commission Chairman Patrick Crews starred in a video, which showed them picking up litter and asking others to do their part to help alleviate the problem. Now, the Troup County Sheriff’s Office is upping the ante, adopting a mile of road in north Troup County.

“There’s been a lot of talk lately in Troup County and LaGrange about litter, and even though we enforce litter laws and ticket people for littering, we wanted to take it a step further,” said Sheriff James Woodruff. “I truly believe that if we are going to make a change in Troup County, we have got to change the mindset of people who live here. People have to take care of where they live.”

Woodruff said they’ll pick up trash as needed on that stretch of the road.

“We’ll never out pick up people throwing litter out — with us, with community service, with our crews out daily picking it up,” Woodruff said. “We’ve got to make people want to change the way they are doing things, and we want to lead by example. Not only do we enforce it, but we also get out here and pick it up.”

Woodruff said he was also challenging other leadership groups in the community to do the same.

“We encourage other civic clubs, law enforcement agencies, fire departments, businesses, churches — if everybody did a little bit, imagine what we could do in Troup County,” Woodruff said.

Racing for kids: Awesomesauce for the community