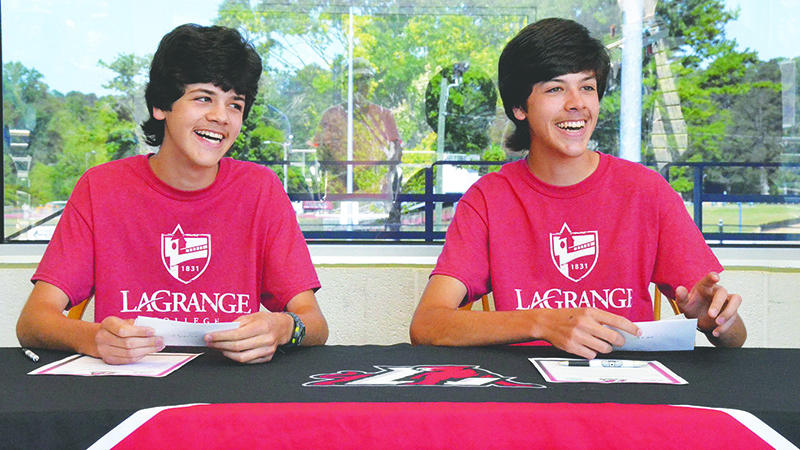 It was a perfect weekend for the LaGrange College men’s tennis teams, which beat USA South foe Piedmont on Saturday before easing past Brevard on Sunday.

The Panthers have won four of their past five matches to improve to 6-2 overall, and 2-1 in the USA South.

Saturday’s win over Piedmont was a big one in conference play, and freshman Carlos Valdez provided the decisive point.

Valdez, a LaGrange native who grew up playing the sport at McCluskey Tennis Center, won his match at number five singles to give the Panthers their fifth victory.

It came down to a third-set tie-breaker after Valdez and Sam Niebanck split the first two sets.

Valdez won the tie-breaker 7-4, and the Panthers celebrated the conference win.

Alan Valdez, Carlos’ brother, also helped propel the Panthers to victory with a win at number three singles, and he beat Kanler Cumbass in a match that went the full three sets.

Also for the Panthers, Will Thompson won at number two singles, and John Mitchell Benton prevailed at number four singles.

In doubles, the teams of Benton and Will Thompson and Caleb Edde got a win.

Jenna Eppes and Liz Minick won at singles for the Panthers, and Kaitlin Smith and Ali Herring won at number three doubles.