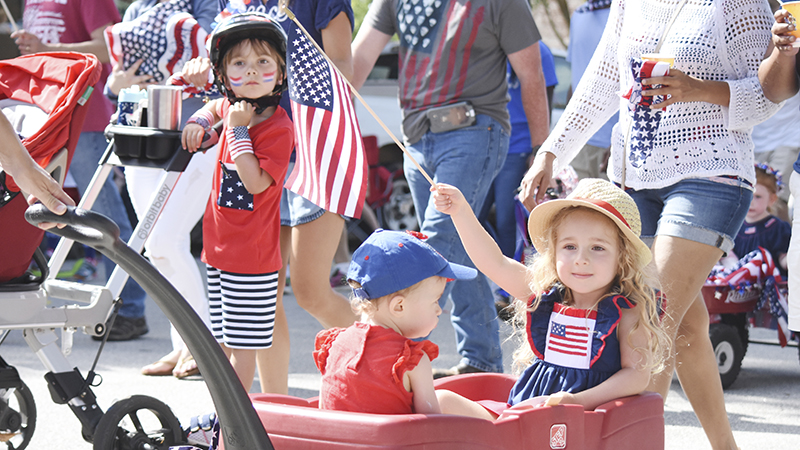 The Junior Service League of LaGrange has chosen a cherished line from the U.S. national anthem as the theme of the 34th annual Sweet Land of Liberty parade.

“We are proud to announce that the theme for this year’s parade will be ‘Home of the Brave,’” said Carrie Blankenship, JSL member and chairperson for the 2018 parade. “The theme will focus not only on celebrating America, but honoring our own brave hometown heroes.”

“This theme was chosen to recognize those we too easily forget in the community. Our grand marshals are the unsung heroes of Troup County. Without them our community would not be the blessing that it is,” she said.

The grand marshal honorees will be announced in April.

Junior Service League members have been supporting the youth parade since it was founded by the late Annette Boyd, a League member, in 1985. For the past several years, the League has been the primary sponsor of the parade.

The patriotic parade through downtown LaGrange will be held at 10 a.m. on July 4 and is free and open to anyone 19 and under.

Registration will be announced shortly.