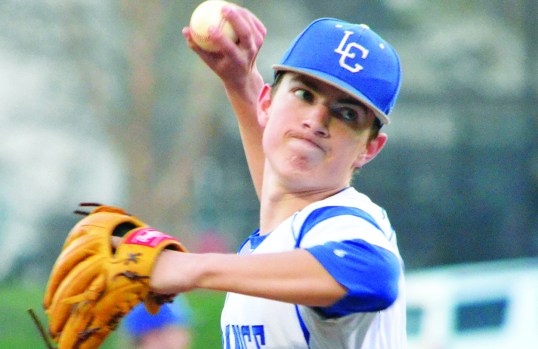 SMITHS STATION, Ala. – LaGrange’s John Morgan continued to shine, delivering a lock-down pitching performance on Wednesday, but it was Smiths Station coming away with a 2-1 victory.

Morgan, who has been excellent each time out this season, limited Smiths Station to three hits and two second-inning runs, and only one of those runs was earned.

LaGrange couldn’t get much going at the plate, though.

Three Smiths Station pitchers limited to LaGrange to four hits while striking out 10.

Trailing 2-0, LaGrange made some noise in the top of the seventh, with Will Flowers coming through with an RBI single to make it a one-run game.

The Grangers were unable to push the tying run across.

Morgan had a double for the Grangers, and Cole Crawford, Walton Lanier and Flowers each had a hit.

For Morgan, Wednesday’s effort was more of the same.

He has established himself as the staff ace, and he has a 1.88 earned run average after Wednesday’s game.

Morgan’s best game came two weeks ago when he pitched a complete-game shutout in a 1-0 win over Columbus.

LaGrange has two games remaining, both on the road, before opening its Region 5-AAAA schedule next week.

LaGrange begins region play on Tuesday at home against Cedartown.

Troup will play at 3:30 p.m. today against either North Gwinnett or Providence (Fla.).

Troup will play a total of four games in the tournament that concludes on Saturday.

Callaway will host Handley today before beginning its Region 5-A schedule at Temple on Tuesday.