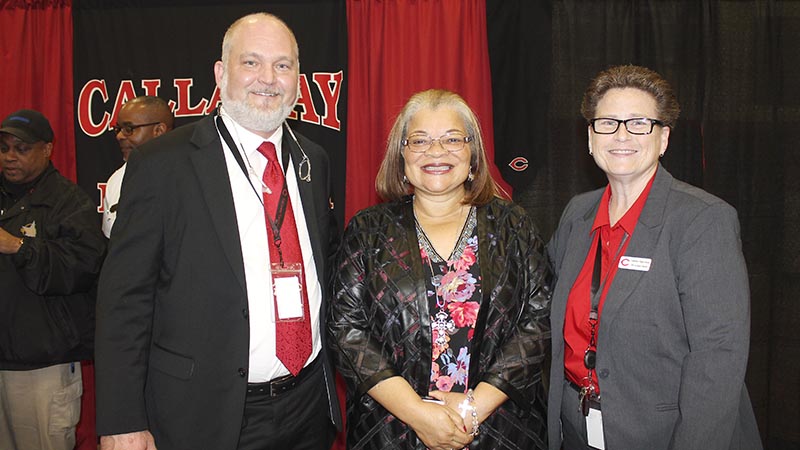 Earlier this month, Alveda King was surrounded by a throng of Callaway High students after sharing her connection with the late Martin Luther King, Jr — she is his niece. She was invited to Troup County to be the keynote speaker for the Black History Program at the high school and she gladly accepted.

She embraced the crowd by sharing positive and influential stories about growing up as a King family member and the legacy her well-known civil rights family still carries.

“My father is Uncle Martin’s brother,” King said. “They grew up together and the entire family believed in making a difference in the civil rights movement. As a young girl, I was one of the first children to walk in protest against segregation during the First Children’s Walk.”

During the program, guests such as Nigel Walker, Kevin Dunn and the Royal Dance Factory provided a poem, a selection, and a lyrical dance during the event. Kyle Campbell, a Callaway senior who was moved by her speech said, “It was inspirational in the sense that I have been able to see how times have changed and how we should still carry the torch of what was started in the sixties.”

For over 67 years, King has been speaking to various schools and groups about the importance of keeping the dream alive. She also loves acting, singing and writing. During her time behind the podium, she shared some family struggles and how her famed uncle influenced her through his support of non-violence.

Her words of wisdom to the Cavaliers were, “Keep on dreaming — with those dreams you can accomplish great things.”

Man charged in connection to shooting of 4-year-old girl