Paving of Tom Hall Parkway expected to begin this week 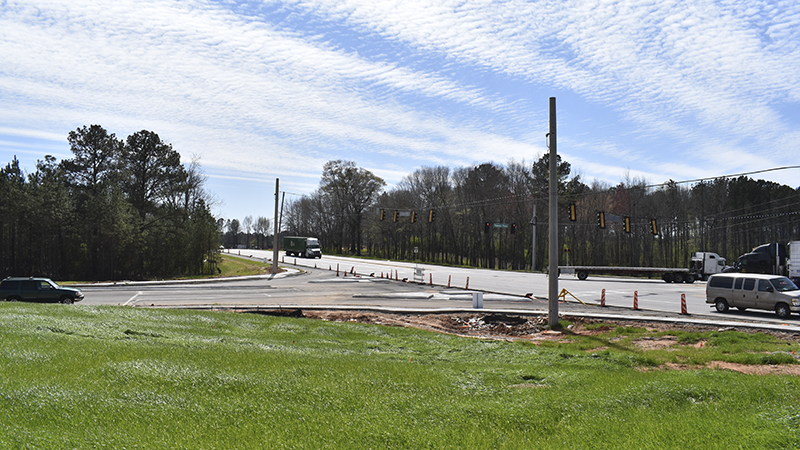 Residents and visitors alike will soon be able to drive past the entrance to Great Wolf Lodge with the paving of Tom Hall Parkway expected to start this week.

The paving process is expected to begin on Thursday, weather allowing, and a large portion of that layer of asphalt should be down by Friday, according to Troup County Engineer James Emery. The rest of the asphalt should be laid in the following weeks, with lines and signaling to follow.

Tom Hall Parkway is a 1.45 mile stretch of road that will begin at the intersection of Pegasus Parkway and Whitesville Road, cross Buck Murphy Road and end on South Davis Road. The road was named after late City Manager Tom Hall in October 2016 to honor his work to bring Great Wolf Lodge to the area, and it was funded by the Special Purpose Local Option Sales Tax.

Besides the road’s significance to new business — which will also include a major development on the opposite side of the road from Great Wolf — the road will also be the first county road to use crumb rubber or recycled tire rubber.

“The RTR asphalt mix is a higher performing mix than what we typically use, so we expect to get a longer life out of that surface,” Emery said.

Emery said that the county has heavily researched the project. Crumb rubber asphalt could become increasingly common in the future, and according to a press release from The Ray, the use of crumb rubber asphalt will extend the useful life of the road by 15 to 20 percent.

“The Ray is excited about this project and its potential as a reference point for the 2019 scheduled repaving of The Ray,” said Harriet Anderson Langford, founder and president of The Ray, in a press realease.

“Quiet, durable and safe roads are just one of our missions on The Ray. We are taking discarded tires and converting them into road materials that can improve our environmental footprint.”

The project will use more than 32,000 pounds of recycled tire rubber in the top layer of the road, which represents approximately 2,500 passenger tires worth of rubber.

The use of crumb rubber for paving has been touted as a means of combating illegal tire dumps and reducing sound polution.

“This will be our first use of the crumb rubber asphalt in LaGrange,” Mayor Jim Thornton said. “I am excited to see this new material used on Tom Hall Parkway. We’ve heard good things about it. It is obviously a recycled product, but it also has less noise and a longer life expectancy than regular asphalt.”

There are few examples of crumb rubber roads in the southeast, so the short stretch of road will provide the opportunity for residents and visitors to see how the asphalt performs firsthand.

“This definitely dovetails with The Ray because long-term, I think The Ray would like to see recycled tire asphalt used along the interstate as well,” Thornton said. “So, part of using it on Tom Hall Parkway is to see a demonstration of what it looks like, what it sounds like and how long it lasts in our environment.”