Cavaliers’ Lambert getting his shot 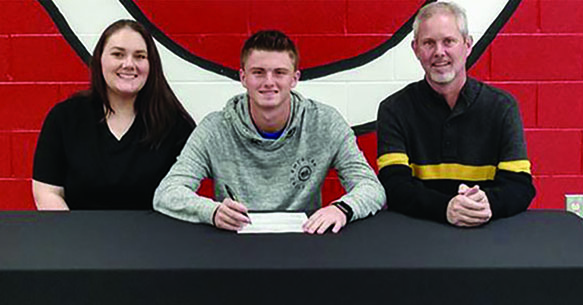 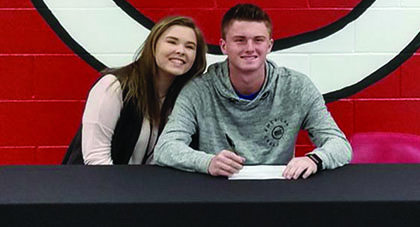 Before he’d played one minute of high-school soccer, Grayson Lambert made a vow to himself.

Lambert, while in the eighth grade at Callaway Middle School, knew some people who were preparing to play college soccer, and while that goal may have seemed far off at the time, he set out to achieve it.

“I made that a goal, that I’m going to work my tail off, and work as hard as I can to go play at an NCAA school,” Lambert said before Friday’s game against Westlake.

That goal will soon become a reality.

Lambert, a senior at Callaway, is set to attend Emmanuel College where he’ll join the soccer team.

That decision was celebrated during a signing-day ceremony last week at Callaway, with many of those closest to Lambert there to enjoy the moment with him.

Lambert put out feelers to a number of different colleges, and he got a response from Emmanuel head coach Scott Borchers.

“He wanted me to come up and talk to him, so I went for a visit and talked to him about it,” Lambert said.

Borchers later watched Lambert play during a game with the Troup Titans, and he and Callaway teammate Wes Brooks were invited to Emmanuel College for a camp.

“Me and Wes went up there, and we tried our best, and we performed,” Lambert said. “On the spot, he offered me a spot on the team. He said technically you’d be a walk-on, but it’s a set place on the team.”

Lambert submitted his application, and it was accepted, so everything is in place for him to join the student body at Emmanuel. Before that happens, Lambert has some unfinished business at Callaway.

The Cavaliers are 4-1 in Region 5-AA, and they’re in line to host a game in the first round of the state playoffs.

During Lambert’s first two seasons at Callaway his head coach was Jake Hembree, and he has played for Petite the past two years.

He’s grateful for everything both of his high-school coaches have done for him.

“Both coaches, Hembree and Petite, have been so helpful,” Lambert said. “I think God for them every day, and for all they’ve given us.”

As for his time as a member of the Callaway soccer family, Lambert said “honestly, it’s been so special, I don’t want to end. If I could go back and do it again, I wouldn’t change a thing.”

While Lambert’s game has developed over the years, he feels he has also become more comfortable taking on a leadership role.

“About this time last year, I didn’t like to meet new people, I was scared to talk to people out in public,” Lambert said. “My church experience really helped me. Being brought up like that really helped me come out of my skin, and lead others, and be vocal about what’s right and wrong.”

Callaway has three region games remaining, including a home showdown with Lamar County on March 28.

Because Callaway lost to Lamar County by four goals in the first meeting, it would need to not only win the rematch, but win it handily to secure the region’s number one seed.

“To win region, we’ll have to win out, and beat Lamar at home by five goals,” Lambert said. “If we can accomplish that and win our region, that would be the most memorable moment of my Callaway career.”