Troup gets best of LaGrange 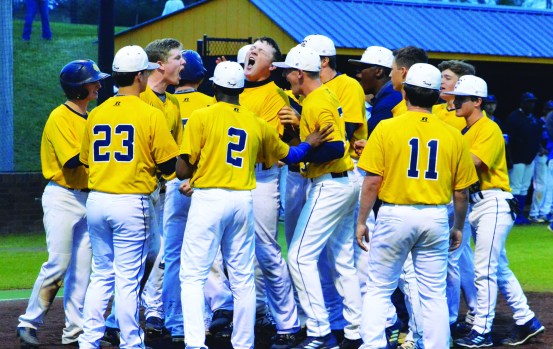 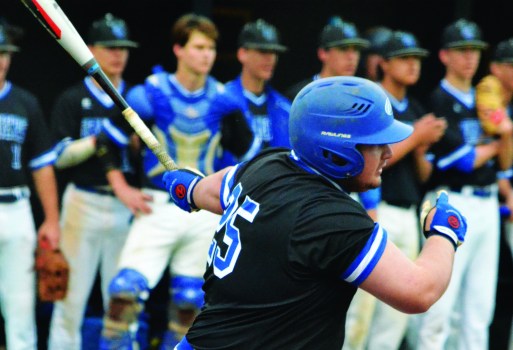 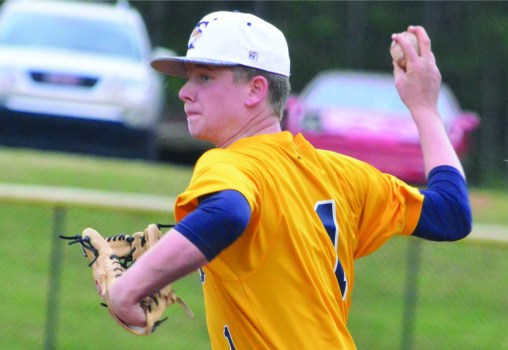 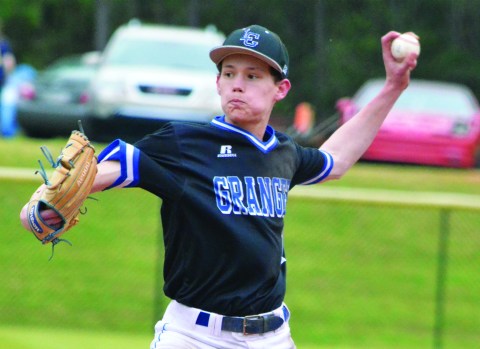 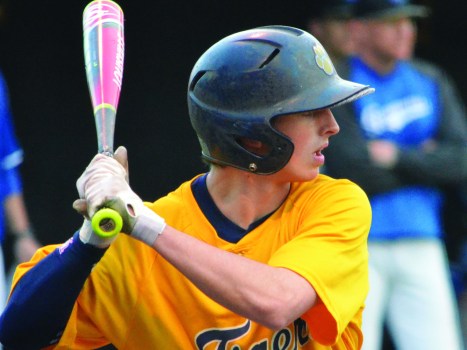 With Colby Williams throwing darts and Cooper Doughman hitting a bomb, the night belonged to the Troup Tigers.

The Tigers (11-4 overall) improved to 3-0 in the region with the home win, while the Grangers fell to 1-1 in region play.

With Williams on the mound, the Tigers are usually in good shape, and he was in command on Friday.

Williams held the Grangers to three hits and no walks and he had nine strikeouts.

Offensively, Troup got contributions from everyone in the lineup, with all nine hitters reaching base, and eight of them had at least one hit.

Including in that group was Doughman, who had a big night.

In the fourth inning, the Tigers managed to score two runs on a Doughman bunt single.

In the sixth, Doughman got a pitch to his liking, and he lined the ball over the left-field fence for a two-run home run.

It was Doughman’s third home run of the season, and his first one at home.

“That at-bat, you try not to get antsy, you just try to let it come to you and put a good swing on it,” Doughman said. “You try to hit home runs, you’re not going to.”

Williams helped himself with two hits and an RBI, and he scored three runs.

Cade Garner added two hits and an RBI, and leadoff hitter Ryan Bliss had a hit and two walks, and he drove in two runs.

Garrett Casey had an RBI single, and Luke Purnell, Brantly Robinson and Caleb McCurry each had a hit.

For LaGrange, Seth Prather had two hits including a double, and Will Alford had a single.

Outside of that, the Grangers couldn’t get anything going against Williams.

Ben Stogner was LaGrange’s starting pitcher, and he threw 2 1/3 innings, and Brant Williams, Walton Lanier and Charles Crawford finished things off on the mound.

It was a tough night for the Grangers, and head coach David Smart said the players need to put it behind them quickly.

The Tigers jumped on top with a pair of runs in the bottom of the first, with Casey and Garner coming through with back-to-back RBI singles with two outs.

It remained a 2-0 game until the fourth inning when the Tigers broke it open with five runs.

Purnell got things started with a double, and after Colton Webb reached on an error and Brantly Robinson walked, Bliss lined the ball into left field for a two-run single to give the Tigers a 4-0 lead.

Doughman put a perfect bunt down for a base hit, and after Robinson crossed the plate, Bliss never slowed down from second and scored as well and the Tigers led 7-0.

The bunt is a big part of the Troup arsenal, and Doughman said it’s something the team works on a lot.

“We bunt every day,” Doughman said. “That’s the first thing we do at practice. We’ll come in and sit down and talk for a minute and stretch and throw, and we’ll go right into bunting. We’ll bunt for 15 or 20 minutes every day. We’re getting our bunting reps.”

In the sixth inning, the Tigers did it with the long ball.

Williams set the Grangers down in the top of the seventh, and that was that.