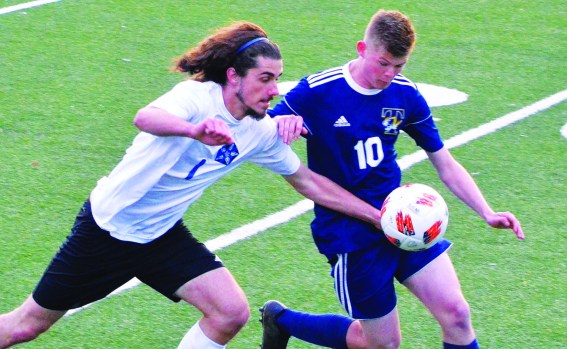 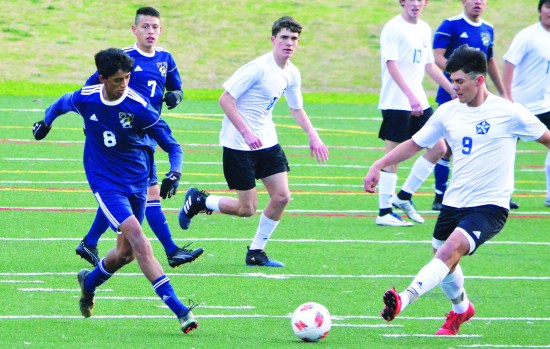 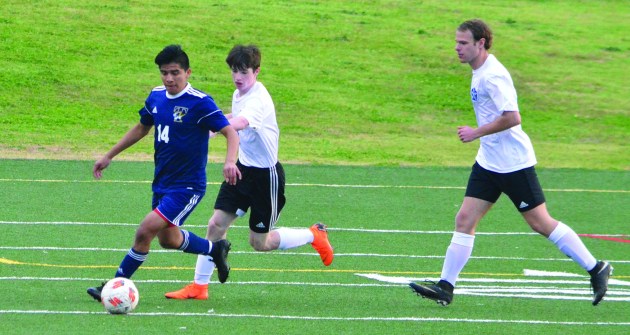 The LaGrange Grangers got the best of the rival Troup Tigers on Tuesday, with Liam McDonald’s four goals helping his team capture a 6-1 victory on a rainy evening at Callaway Stadium.

The red-hot Grangers (7-2-1 overall) won their sixth straight game, and they reached the halfway point of their Region 5-AAAA schedule with a 3-0 record.

If LaGrange wins its next two games against Chapel Hill and Central-Carroll, it will play Cartersville for the region championship next month.

“As long as we stay focused, that sets up the big showdown for April 19 at Cartersville for the region championship,” LaGrange head coach Shane Pulliam said. “We’ve got some stuff to do just to make sure we’re in the right place.”

The Tigers, meanwhile, are still in the chase for one of the region’s four playoff spots.

Troup (1-3 in region play) has upcoming home games against Central-Carroll and Sandy Creek, and it wins both of them, it will likely make the playoffs.

“We’re telling them every day in practice, that they just need to keep working,” said Troup coach Andrew Valbuena. “We’ve got to win the region games. That’s all that matters.”

While the Tigers have struggled to find wins, Valbuena said he’s been happy with the effort the players have given.

“Honestly, they’re some of the most coachable kids I’ve been around,” said Valbuena, a freshman soccer player at LaGrange College “Our goal keeper, Jaquez (Williams), he’s never play goal keeper before. And we’ve thrown him in there and taught him, and he’s picked it up like a sponge.”

In Tuesday’s game, LaGrange led 3-1 at the half, and it outscored Troup 3-0 in the second half.

McDonald is having a phenomenal senior season, and he kept it going with a four-goal performance against Troup.

Another one of Troup’s seniors, Max Halcomb, added two goals.

Troup’s goal was scored by Oscar Lopez-Garcia in the first half.

Both teams will be back in action on Friday, with LaGrange visiting Chapel Hill and Troup hosting Central-Carroll.