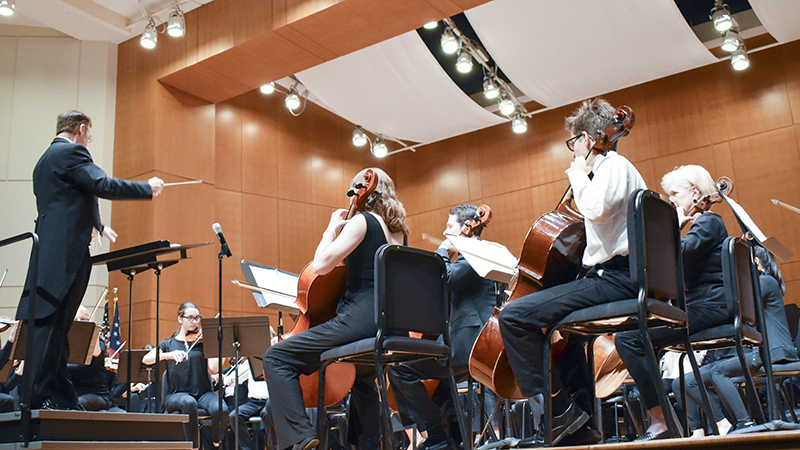 The LaGrange Symphony Orchestra performed its Embrace Life concert to a sold-out crowd on Tuesday.

Despite the concert’s theme of embracing life, the central piece for the performance was Mozart’s Requiem in D Minor, which was commissioned by Count Franz Walseg-Stuppach in remembrance of his late wife. However, as the voices of the LaGrange High School Chorus rose along with the orchestra, it was clear that the piece was meant for the living.

“Mozart wrote the requiem as this extraordinary work of art and you do not create art for the dead,” said Richard Prior, music director and conductor. “You may create art to memorialize the dead, but really art is for the living, and so this is part of the thought of Embrace Life. There is nothing better I think than the promise of life — particularly in these times — than a stage full of extraordinarily gifted young people.”

“As father to some of these younger ones on stage, we have had an incredible experience with the LaGrange High School Chorus,” said Anthony Criswell, a member of the board of directors for LaGrange Symphony Orchestra. “Each morning, just about every morning of the week they have been practicing the Mozart Requiem. They have been rehearsing and rehearsing, learning their parts, and they have accomplished this outside of the school.”

Dekmar to speak at 3D Journeys