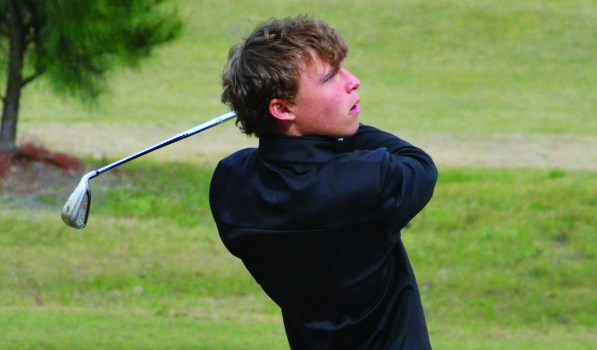 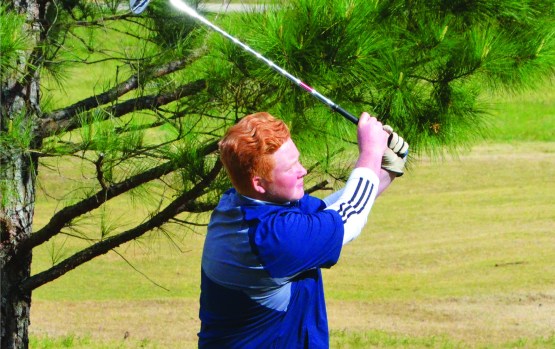 With the wind whipping and making the golf balls dance, players from five different schools gave it their best shot during a competition at the First Tee of Troup County golf course on Wednesday afternoon.

The tournament, which was hosted by Troup High, featured a varsity and a junior-varsity division.

Each of the golfers played the nine-hole course twice.

Valley took the top spot in the varsity division, with Troup coming in second.

In the junior-varsity division, North Oconee placed first, and LaGrange was second.

The top local finisher was LaGrange’s Trent Smith, who completed his 18 holes with a score of 73.

Smith, who has also participated in some varsity competitions this season, called the windy conditions “brutal.”

“It was insanely difficult to be honest,” he said. “You just pull the club and hope.”

Troup’s top finisher was J.D. Pleasants, who hung tough and shot a 75

On a par-three course, players tend to use lofted clubs, which means balls are more susceptible to falling victim to the wind.

“I hit the ball high anyway, so when I hit it, (the wind) would just take it up,” he said. “You couldn’t really do anything about it. It was rough.”

Troup’s second-best score was recorded by Kole Jennings, who shot an 81, and Nick Schweizer carded an 83.

Hamilton Bedingfield was next with an 87, and Seth Mashburn shot a 92.

A team’s top four scores counted toward the total.

Finishing second for LaGrange was Rivers Partin, who shot an 87, and he was followed by Carson Crocker (90), Cameron Alexander (90) and Gavin Dennis.

The tournament was one of a handful for LaGrange’s junior-varsity golfers.

“I’ve got on my schedule four or five what we call JV tournaments,” LaGrange head coach Thomas Crocke said. “That gives them a chance to play in matches.”