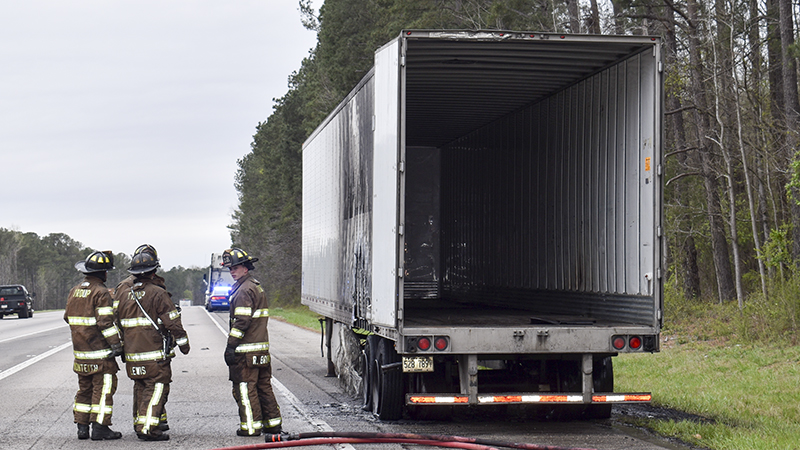 On Monday around 2:10 p.m., the trailer of an 18-wheeler caught fire near the exit 13 entrance ramp for Interstate 85.

No one was injured in the fire, and there were no hazmat concerns according to fire fighters on the scene. The trailer was empty at the time of the fire.

“The trailer just caught on fire,” said Fernalend Fields, the truck’s driver who works for Global Expedited LLC of Hickory Hills, Illinois. “It is no one’s fault.”

The truck was entering the interstate from Whitesville Road when the driver saw the fire and pulled over. The driver said that he was on his way home when the incident occurred.

The fire was quickly contained and was believed to be the result of a mechanical issue. Since the driver was able to get off the road, the incident had little impact on traffic. One lane was temporarily closed for emergency vehicles.

The Georgia State Patrol confirmed that it was just a vehicle fire.