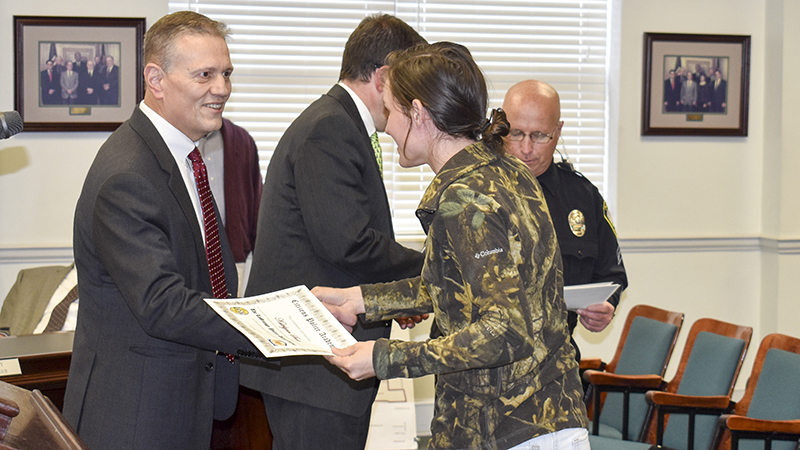 The class of students learned about constitutional policing and procedural justice, local community policing efforts and partnerships, civilian response to active shooter training and gang awareness over several weeks as part of the course.

“Every year we have the pleasure of conducting the citizens’ police academy for the purpose of familiarizing our citizens with the various aspects of the law enforcement profession,” Lt. Eric Lohr said. “During this 10-week program, the attendees are exposed to a variety of topics in the form of lecture, hands on and scenario based training.”

The students also participated in role playing scenarios where they attempted to act as police while the officers leading the class acted as citizens.

Several citizens who participated in the class expressed their thanks to the police department.

“The information that these guys covered and the way they presented it to us truly deserves our thanks,” class member Norma Tucker said. “We are truly indebted to you.”

This year’s graduates were: