Man charged with aggravated assault after allegedly attacking his wife 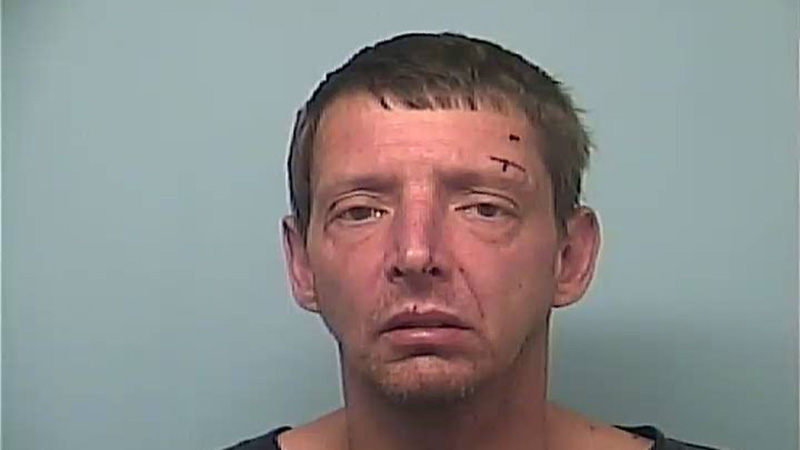 A man accused of cutting and biting his wife was arrested Monday morning, but not before he stayed on the run for over an hour.

Eddie Siggers, 44, was arrested around 1 p.m. Monday after police heard him back inside his residence on the 800 block of Vernon Ferry Road, according to a press release from the Troup County Sheriff’s Office. He’s charged with aggravated assault, violation of a temporary protective order and obstruction of officers, according to the press release.

Police first responded to the call at 11:32 a.m. The female victim told deputies that the couple had been arguing when Siggers got angry and cut her on the face and bit her forearm.

Before deputies arrived, Siggers fled the area. After over an hour of searching, deputies regrouped at the incident location and heard what sounded like broken glass in the back of the residence. According to the press release, they located a broken window and a ladder underneath the window.

Deputies found Siggers inside the residence, running down a hallway toward a side door. He refused to stop, so deputies deployed a Taser, according to the press release. Siggers was wearing a thick coat and the Taser prongs did not make adequate contact.  Despite that, before he could escape, deputies took Siggers into custody.

A vacant house was discovered allegedly broken into at the 1100 block of Second Avenue at Saturday 7:40 p.m. A woman told police when she returned, she found the front door kicked in, the back door unlocked and open, and the side bathroom window open.  The woman said two of the kitchen cabinets had also been pulled from the walls as well and her mother is the current owner of the home. She said she was in the process of cleaning and fixing the house up.

All information in this report is gathered from local law enforcement and public safety reports and releases. Gabrielle Jansen contributed to this report.