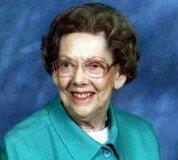 Mrs. Turner was born Feb. 21, 1925, at Wesley Memorial (now Emory) Hospital in Atlanta, Georgia. She was the third of four daughters of the Rev. Henry Hart Jones and Annie Dickey Jones, and the granddaughter of Emory President and Methodist Bishop James E. Dickey. Following her father’s clergy position in the North Georgia Conference of the Methodist Church, she grew up in parsonages in Marietta, West Point, Atlanta (Park Street, St. Paul and Grace churches), Augusta and Oxford. She attended Girls High School, Atlanta, and graduated from the Emory-at-Oxford Academy before attending Wesleyan College in Macon, from which she graduated in 1946.  She began a productive 31 year career as a school teacher at Ft. Hill Elementary in Dalton, West Griffin School in Griffin, and the Ponce de Leon and Westchester Schools of the Decatur City System. She taught second grade 21 years at Westchester, retiring in 1978. For 23 years following her college graduation, she shared her parents’ home, spending holidays and beach vacations with her sisters’ families. In each of these extended families she was a beloved and integral member. Loving and unfailingly self-effacing, nonetheless she regaled her nieces and nephews with photos and stories from her several trips to Europe and the Middle East through the 1960s. In 1969, she married Harry Lee Turner of Carlton, Georgia.  They were married 22 years when he preceded her in death in 1992. She remained active in Emory’s Glenn Memorial United Methodist Church until moving to LaGrange in 2000 to be near her sister. She was active in LaGrange First United Methodist Church until her health no longer permitted. In addition to her husband and parents, she was preceded in death by sisters, Jessie Munro Jones Whittemore and Ann Elizabeth Jones Rutland, both of Dalton, Georgia, and an infant brother.