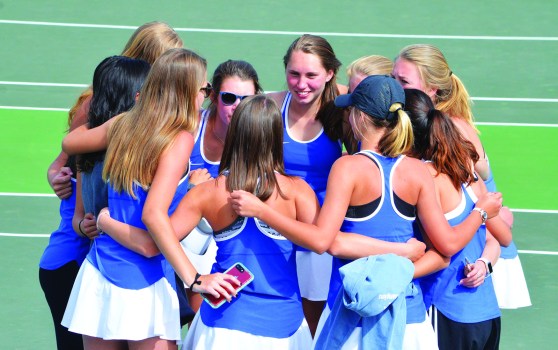 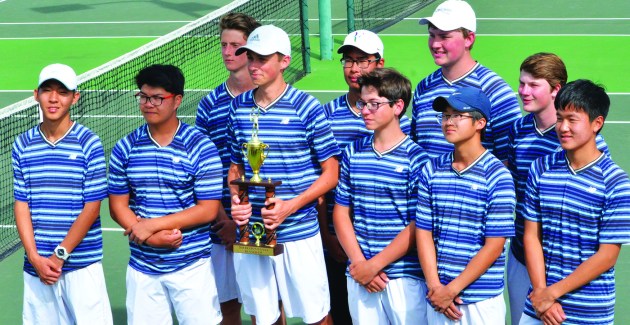 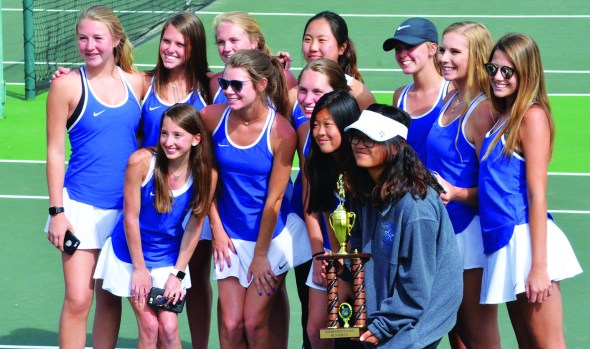 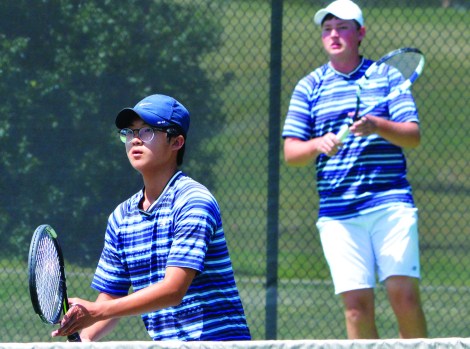 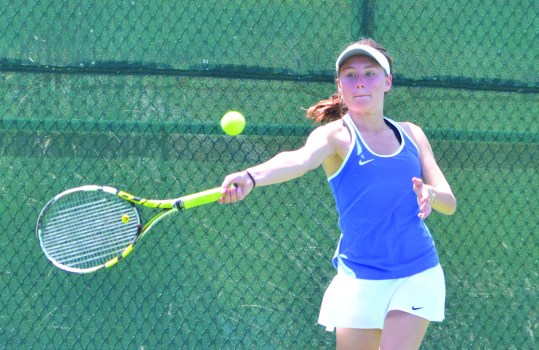 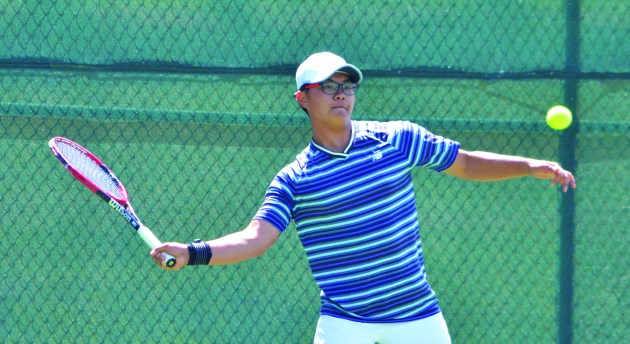 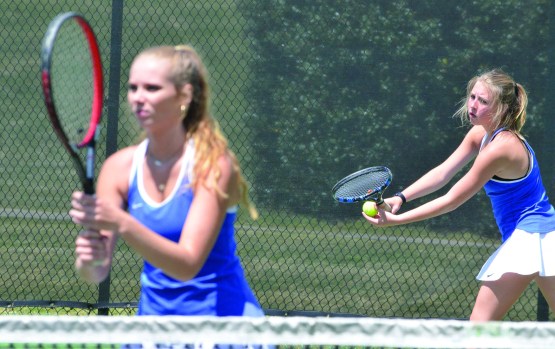 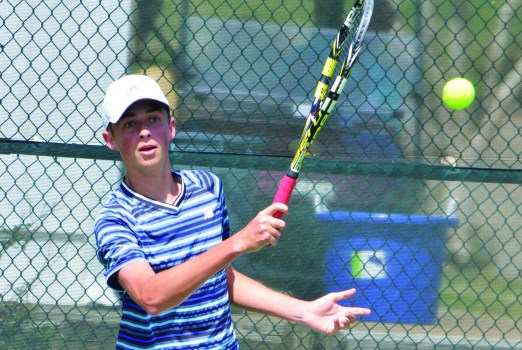 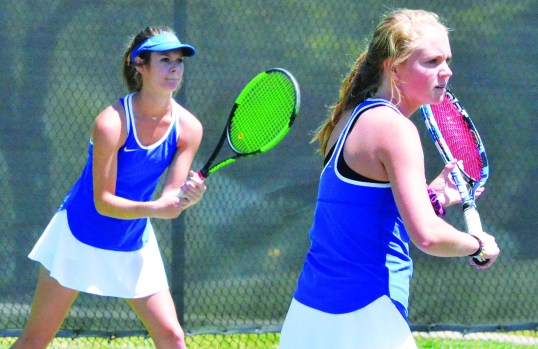 CARROLLTON – There was a moment when it looked like it was going to go their way.

In their region-championship showdown with Cartersville’s boys’ tennis team on Wednesday afternoon, the LaGrange Grangers had one victory in the bag, and they were ahead in two other matches.

If the Grangers could find a way to close out those two matches they were ahead in, they would win the Region 5-AAAA championship for the second straight season.

Unfortunately for the Grangers, it wasn’t meant to be.

Cartersville, already with wins at number one doubles and number three singles, rallied from a big deficit to prevail at number two doubles and claim the region title in dramatic fashion.

LaGrange’s lone win came at number one singles with Jackson Kuerzi getting it done in dominant fashion, and Pierce Skinner was in the third set at number two singles when Cartersville clinched the team victory.

Earlier in the day, Cartersville’s girls’ team won the region championship with a 3-0 win over LaGrange.

In the boys’ match, Kuerzi got the Grangers off to a fast start with a one-sided victory.

After beating Will Allen 6-2 in the first set, Kuerzi rolled to a 6-0 victory in the second set to secure the win.

It was a drastic turnaround from the regular season when Kuerzi fell to Allen in three sets.

At number one doubles, Cartersville’s Luke Kotteman and Juan Zazveta swept Baker Skinner and James Lee, and both teams had one win at that point.

At number three singles, Davis Edwards beat Jinseong Jun to give Cartersville a 2-1 advantage, but LaGrange appeared to have the upper-hand in the final two matches.

At number two doubles, Cole Crocker and Youngha Cho won the first set, and they were ahead 5-2 in the second set and had a match point, but Ivy Nelson and Ross Norwood somehow rallied for the 7-5 win to force a third set.

Nelson and Norwood went on to win the third set 6-3, and that gave Cartersville the team victory.

In the number two singles match, Skinner won the first set, and Matthew Slocum prevailed in the second set to pull even.

Skinner and Slocum were early in the third set when their match was pulled since it wouldn’t have any impact on the outcome.

During the regular season, Cartersville’s boys’ team beat LaGrange 5-0 at the McCluskey Tennis Center, and things were significantly tighter in the rematch.

The bright spot on Wednesday was the performance of Kuerzi, the lone senior in the lineup.

Kuerzi broke serve in the first game, and he then launched some big serves to take a 2-0 lead, and he never looked back.

“We’ll miss Jackson (next season),” Moore said. “He is the anchor, no question. He was committed. We just didn’t have quite enough to get over the hump.”

While Wednesday’s outcome wasn’t what the Grangers were hoping for, Moore said the team made tremendous progress during the season.

“We had a lot of improvement during the year,” Moore said. “It started midseason. We got the lineup figured out, and we had a good shot at it (against Cartersville).”

On the girls’ side, Cartersville won all three singles matches in straight sets to secure the region crown.

Finishing second was a nice accomplishment for a LaGrange team short on experience.

All three of LaGrange’s singles players, in fact, are freshmen, so the future is bright for the program.

“We’re probably being a year away from being in position to beat them,” Moore said.

Both doubles matches were competitive, but they were pulled after the outcome had been decided.

At number one doubles, LaGrange’s Abbi Lynn Lanier and Lizzie Wilkerson lost the first set to Jordan Ros and Lydia Weidetz 6-3, and they were down 4-3 in the second set when the match was pulled.

At number two doubles, Kaylee Key and Ella Eiland won the first set 6-4 against Alice Terry and Chloe Satterfield, and the second set was tied 3-3 when the match was called.

Both LaGrange teams will be at home for the first round of the state tournament.