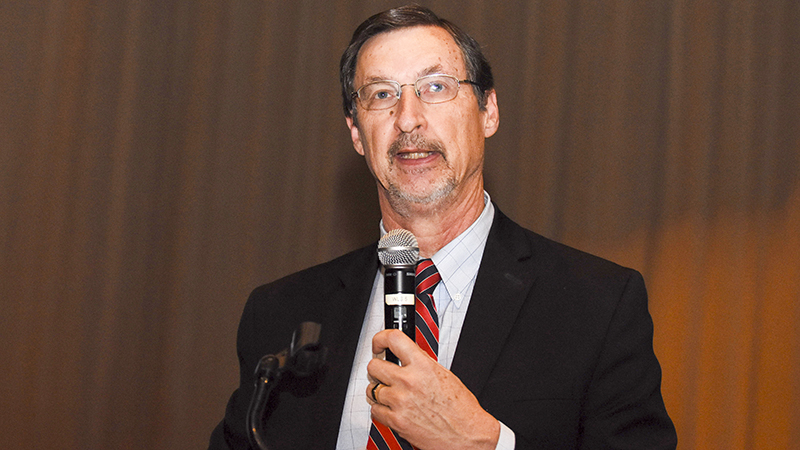 The Troup County School System held a public hearing Tuesday night to get feedback on proposed student attendance boundaries, which are being adjusted because of the new Clearview Elementary School.

The school board originally discussed the issue at its March board meeting and will bring it back up at next week’s meeting.

“The reason in the delay in the move from Franklin Forest to Berta Weathersbee is Berta Weathersbee has an entirely new administrative team this year and primarily a new faculty, so we would like to give them one more year to work together before moving 100 students,” said Superintendent Cole Pugh.

Many of the parents at Tuesday night’s meetings were concerned about special needs children, who will be introduced to a brand-new building and possibly new faculty members.

“As a parent with a special needs child who attends Rosemont, this would be very difficult for [my daughter],” said Jennique Freeman, a concerned parent of two students. “With her going to that new school, that would be terrifying and this would be her second time being rezoned since they started school.”

Jon Roberts had a similar concern about his son and wanted to know whether the school would be properly equipped and staffed to teach special needs students. He also has a daughter, who would be moving to a third elementary school in the last few years.

“I purchased my home in LaGrange nine years ago, and I haven’t moved. [My daughter] started out at Mountville, and I hated it had to close,” Roberts said. “She’s already had to say goodbye to friends from Mountville, has to say goodbye to friends from Callaway to go to Clearview and in two years she has to go back to Callaway Middle School with the friends she has now. I want to know how that is fair to my daughter, and why do I have to go home and explain that to her?”

Joshua Harrelson recommended the school system over-communicate in the future, just to make sure parents knew what was going on. He said he didn’t know the public hearing was happening until Tuesday.

“If I could offer just one point of recommendation, as you all proceed with this and more things in the future, is over-communicating and making sure people understand what the process is,” he said. “I always have a saying that by the time I get sick of saying something internally, the people that it matters to the most are just starting to hear about it. Although you guys think you are sick of talking about it, most of us in the community are just now finding out about it.”

Others used their three minutes of allotted time to show their support of the administrators at Whitesville Road Elementary School and asked that people give the Clearview staff a chance.

Whitesville Road is closing this year, but principal Debra Brock will move over to Clearview, and so will other administrators.

“When they told me my child was going to go to Whitesville Road, [I heard] stories about how the kids are no good and the teachers too, but for the six years my children have been there I have not seen anything negative about the school,” Person said. “The staff has always gone above and beyond for me and other parents. I just want you to know you should give it a chance. You can’t just go off what you heard.”

The school board’s work session is scheduled for Monday, and the board meeting will be April 19. Both meetings start at 5:30 p.m. and are held at the school board’s headquarters located at 100 North Davis Road, Building C.

For a complete look at Tuesday night’s presentation and to see the complete rezoning numbers, visit troup.org.

Many speak out against suggested rezoning of Broad Street…