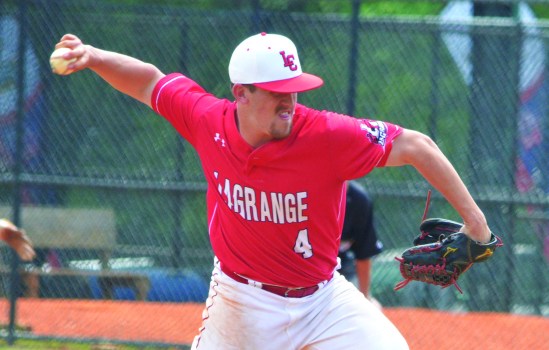 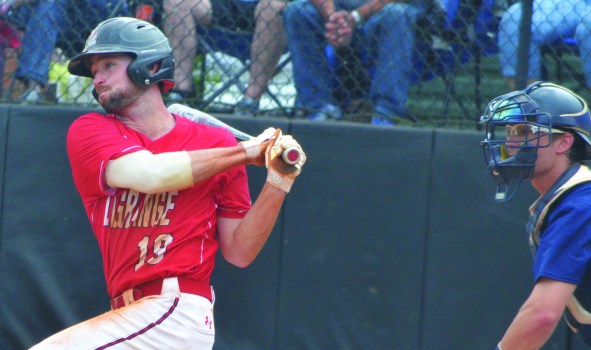 Zach English was primarily a starting pitcher in previous years, but he has worked strictly in relief this season, and he has excelled in that role.

In Saturday’s game, English threw four scoreless innings before giving up a bases-loaded double in the seventh inning.

“His innings that he pitched were probably the most crucial that we had all day,” Kelton said. “It was a nail-biter when he came in, and he helped bridge the gap (to Gibson Bittner). We had to have him eat up some innings for us.”

Another senior, outfielder James Poropatic, had a monster game.

After going hitless in the first three tournament games, Poropatic was 5-for-5 with four RBIs and three runs scored on Saturday.

Poropatic is hitting .327 with four home runs, 40 RBIs, and 40 runs scored this season.

ALL-TOURNEY TEAM: Freshman Jack Layrisson, who had eight hits in the past three games, was named the most valuable player of the USA South tournament.

In Saturday’s championship game, Layrisson was 2-for-5 with an RBI as LaGrange College beat N.C. Wesleyan 12-7.

Layrisson finished with a .471 batting average in four tournament games.

Gassert was 4-for-5 with a home run and three RBIs in Thursday’s extra-inning win over Piedmont, and he had three hits and three RBIs on Friday against N.C. Wesleyan.

Weaver had two hits in each of the Panthers’ final two tournament games, and he did an exceptional job defensively at second base.

Bittner, who has had a phenomenal freshman season, pitched 10 scoreless innings in the tournament.

Bittner appeared in three of the Panthers’ four tournament games, and he was on the mound at the end of each of those games.

“The confidence we have in him is through the roof,” LaGrange College head coach Kelton said. “His composure as a freshman, you just don’t see that. He pitches like a junior or a senior.”

HOME COOKING: The Panthers excelled on their home field this season.

The Panthers have played 22 games at Cleaveland Field at Phil Williamson Stadium, and they’re 17-5 in those games.

Three of those games were played in the USA South tournament, and the Panthers won each of them.

After opening tournament play with a game in West Point, LaGrange College played three in a row on its home field, including Saturday’s championship game against N.C. Wesleyan.

Last year, also won the conference tournament on its home field with a victory over N.C. Wesleyan.

“It was really special,” LaGrange College head coach David Kelton said. “I hope we have this tournament here every year.”