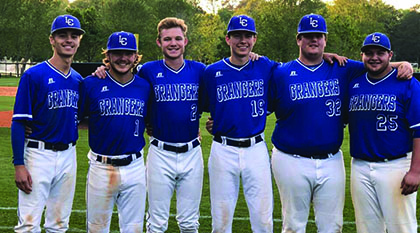 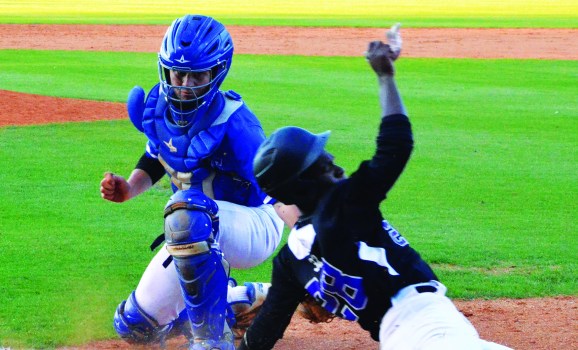 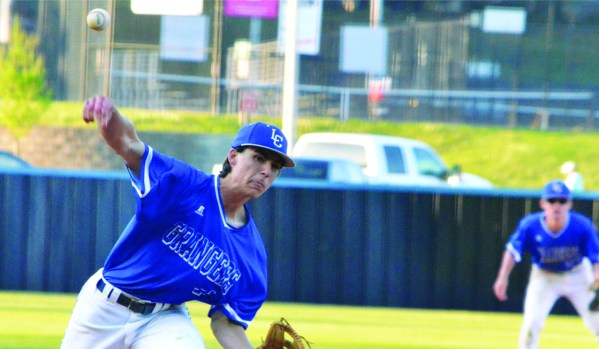 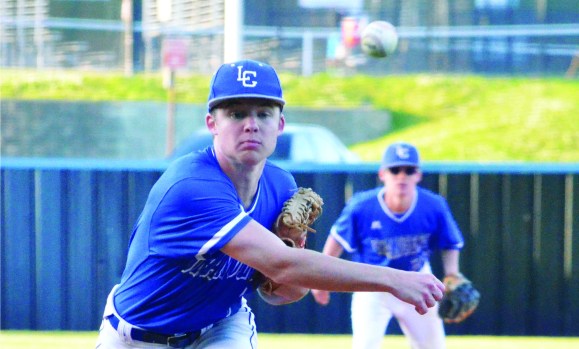 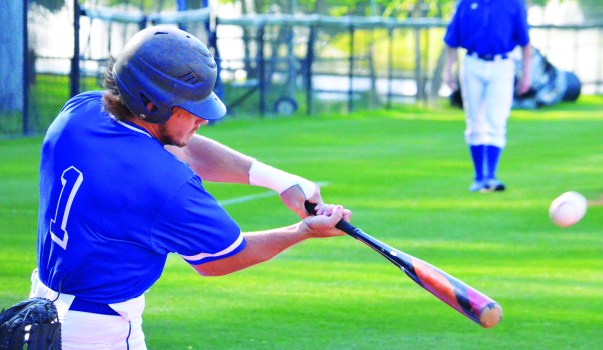 In what was likely their final home game of the season, the LaGrange Grangers withstood a late Chapel Hill charge on the way to a thrilling 5-4 victory on Friday.

The Grangers closed their Region 5-AAAA schedule with an 8-4 record, and they finished as the number three seed, meaning they’ll be on the road for the opening round of the state playoffs next week.

Trailing 5-1, Chapel Hill pushed three runs across in the top of the sixth inning to get within a run.

In the seventh inning, Chapel Hill was threatening when the Grangers turned in a pair of defensive gems to hang onto their slim one-run lead.

With runners on first and second and no outs, LaGrange catcher Trent Bailey pounced on a bunt and threw the ball to third base, and John Morgan extended to make a terrific catch for the force-out.

The next batter, Kareh Valentin, stroked a base hit tonight for the home team.

“You have to make those plays this time of year,” LaGrange head coach David Smart said.

While the Grangers could conceivably end up hosting a playoff series if the bracket falls their way, odds are they’ve played their final game at home this season, so the seniors were glad the outcome went their way.

“We’ve played together since rec ball,” Stogner said. “It’s been a special time for sure.”

Freeman said it’s been “an awesome experience” to be a LaGrange baseball player.

“It’s been a fun four years, for sure,” Freeman added.

The Grangers started quickly with three runs in the bottom of the first, and they added two more runs in the fourth inning to take a 5-1 lead.

The Grangers didn’t do much offensively after that, but the five runs were just enough.

Freeman had a sacrifice fly in the first inning, and Stogner added an RBI single

In the fourth inning, the Grangers scored two runs when Freeman and Will Alford reached on back-to-back errors.

Crawford, Freeman, Thompson, Farrar, Stogner, Bailey, Prather, Brant Williams, Will Alford each had a hit for LaGrange, and Freeman, Bailey and Stogner had RBIs.

Morgan got the start for LaGrange, and he threw the first four innings to get the win.

Stogner pitched the next two innings, and Crawford got the final three outs to earn the save.

LaGrange will be on the road against Northwest Whitfield next week in the first round of the playoffs.

“We’re hoping we’re going to play our best baseball,” Smart said. “Anything can happen. We’ll get prepared for next week, and go up there and give it everything we’ve got.”