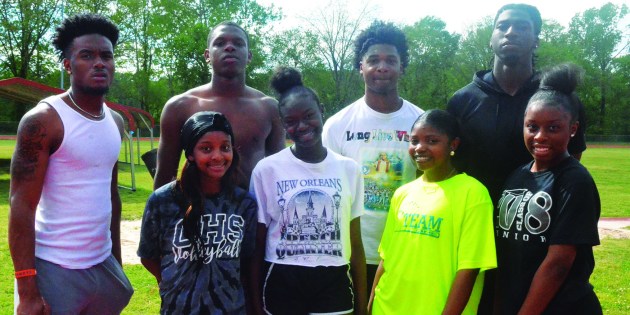 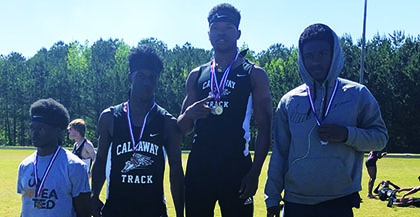 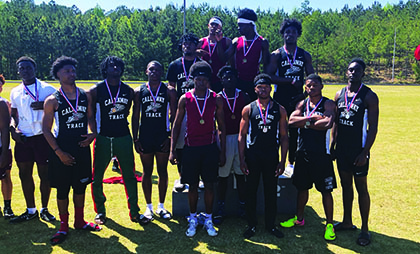 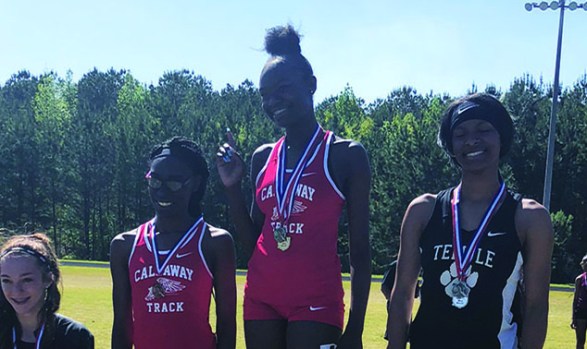 After racing to the top spot in the 400-meter run at last year’s Region 5-AA meet, Simpson did it again last week.

Simpson made it around the track in one minute even to finish two seconds ahead of Temple’s Tori Chivers and earn a second straight region championship in the event.

Simpson lost to Chivers in a meet earlier this season in LaGrange, and she used that result as motivation at region.

“We raced here, and she beat me,” Simpson said. “It was one of those bad days for me. So I had to get her back.”

Callaway coach Melissa McDonald said Simpson has made great strides as the season has gone along.

“She started out real slow this year, but at region, I was very impressed,” McDonald said.

That was part of a successful day for Callaway’s track team, which will have numerous participants in Saturday’s Class AA state sectional in Calhoun.

To qualify for the sectional, an individual or relay team needed to finish fourth or higher in an event.

Joining Simpson on the top of the podium was Callaway’s DJ Atkins, who raced to first place in the 100-meter dash.

For Callaway’s boys’ team, Darrick Williams earned a third-place finish in the 100, so he’s moving onto the sectional.

Curmondre Bray advanced to the sectional by finishing third in the 200-meter dash, and Osiris Rivas was fourth in the 400-meter dash.

Showing off the depth Callaway has in the sprinting events, it will be sending two 400-meter relay teams to the state sectional.

Callaway teams finished second and third in that event at the region meet.