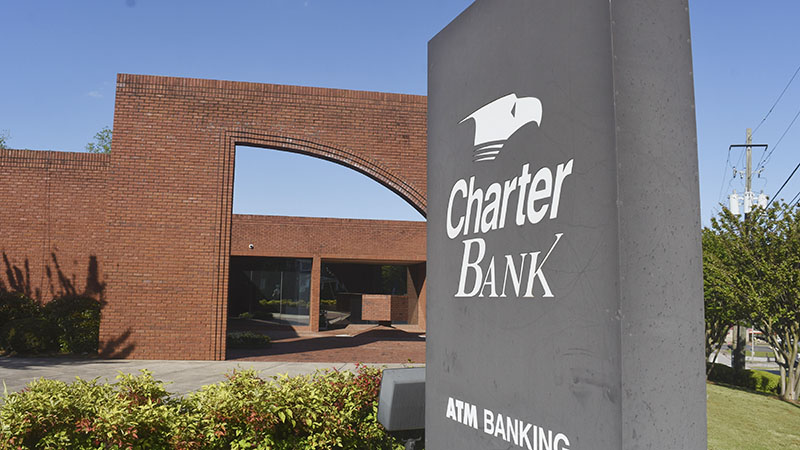 CenterState Bank Corporation, based out of Winter Haven, Florida, has agreed to acquire West Point’s Charter Financial Corporation, according to a press release from CenterState.

The deal is expected to be officially completed in the fourth quarter of 2018. The acquisition was CenterState’s first entry into Georgia and Alabama for commercial banking.

“Our partnership with Charter allows us to expand our franchise into Georgia and Alabama, with a stable organization built upon a strong core deposit base and deeply rooted in the communities they serve,” said John Corbett, president and chief executive officer of CenterState, in a press release. “We are particularly excited to be able to have a traditional banking presence in the Atlanta area — a market we know well.  We are pleased to welcome Charter employees to the CenterState family and look forward to our partnership.”

CharterBank was founded in West Point in 1954 and is the leading community bank by deposit market share in the West Point and LaGrange markets and the third largest in Auburn, Alabama, according to the press release.  Robert L. Johnson, chairman and chief executive officer of CharterBank, posted a message on the CharterBank website, updating customers on the partnership. He said the decision did not come lightly.

“As we evaluated our options for meeting the challenges ahead, it became evident that a partner was needed to help carry the torch,” Johnson said. “We found that partner in CenterState Bank, the largest community bank in Florida.”

Johnson said that Lee Washam, current president of CharterBank, will serve as regional president for the Georgia and Alabama communities.

So, what do the changes mean for customers? Johnson said right now there will be no noticeable differences.

“Simply, nothing changes in the short term,” Johnson said. “We are operating business as usual. We are still here. We are still your bankers. You will be notified well in advance of any changes to the way your accounts operate. In the meantime, you will continue to have access to all CharterBank branches, ATM’s, online, mobile and telephone banking services.”

As of March 31, the combined company has $12 billion in total assets, gross loans of $8 billion, deposits of $9.5 billion and a market capitalization of approximately $2.5 million, according to the press release.

According to terms from the agreement, Charter Financial Corp. stockholders will receive 0.738 of a share of CSFL common stock and $2.30 in cash consideration for each outstanding share of Charter common stock.  Based on CSFL’s stock price of $27.72 as of April 24, 2018, that equates to a per share value of $22.76 and an aggregate deal value of $360.1 million.

CharterBank has 22 locations in Alabama, Florida and Georgia, including three in LaGrange and one in West Point.