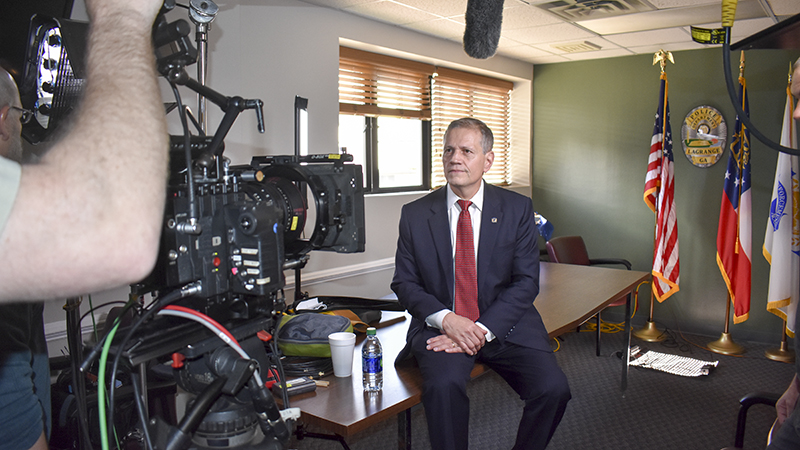 According to a city of LaGrange press release, video crews recently visited the police department to feature Dekmar in a series of five to six short training videos will help identify victims of elder abuse.

The International Association of Chiefs of Police, or IACP, is producing the videos.

“This video will help explain why it’s so important for police to investigate any incident fully,” said IACP Program Manager Mike Fergus.

“In addition to Chief Dekmar, we plan to feature an example of a recent case in Dekalb County where the officer uncovered an unlicensed home.”

In 2013, the LaGrange Police Department along with the Troup County Sheriff’s Department participated in creating educational videos as well as helped to develop protocols for the state of Georgia to help combat elder abuse.

The collaboration and video was so successful, law enforcement from other states and countries wanted to adopt similar practices.

Dekmar adopted elder abuse as one of his main priorities because of this success when he became IACP President.

“It’s as a result of our work in 2013 that I wanted to address elder abuse as one of my main priorities,”  Dekmar said.

“Because of our success in Georgia, we received calls from as far as Australia. This IACP video will now be a resource to law enforcement agencies across the world who want to get tough on elder abuse.”