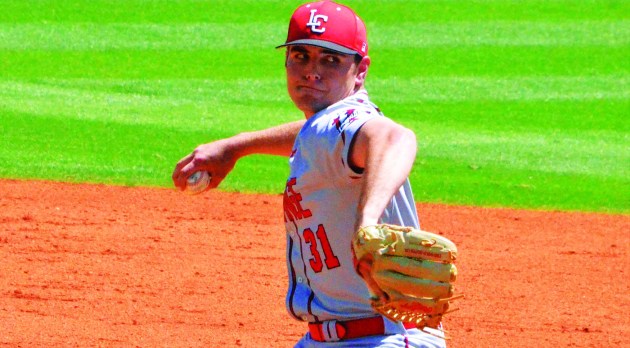 With the season on the line, a pair of seniors made sure the LaGrange College Panthers lived to see another day.

LaGrange College opened its stay in an NCAA Division III regional in Holly Springs, N.C. with a 2-1 loss to Randolph-Macon on Thursday.

That loss set up a do-or-die game against Alvernia on Friday morning.

Barrett started and he was brilliant, pitching 8 2/3 innings to get the win, and English got the final out with men on second and third to earn the save.

LaGrange College will play again on Saturday at 3 p.m. as it looks to move a step closer to a berth in the Division III World Series, which goes to the regional winner.

In Friday’s game, LaGrange College scored single runs in the fourth and fifth innings, and that was enough.

Barrett worked around eight hits to hold Alvernia to an unearned run in the eighth inning.

Barrett ran into trouble in the bottom of the ninth.

With two outs, Alvernia got back-to-back singles, and it had the tying run on third, and the winning run on first base.

English was up to the challenge.

He entered the game and got a game-ending groundout to second base, and the Panthers had the hard-earned win.

Offensively, Dawson Weaver had an RBI triple for the Panthers in the fifth inning, and McKinley Erves was hit by a pitch with the bases loaded in the fourth inning to drive in a run.

Rhett Mixon had a hit and a run scored, and Austin Jones, Jackson Patrick and Rhett Hollon each had a base hit.