Applebee’s in LaGrange appears to be permanently closed 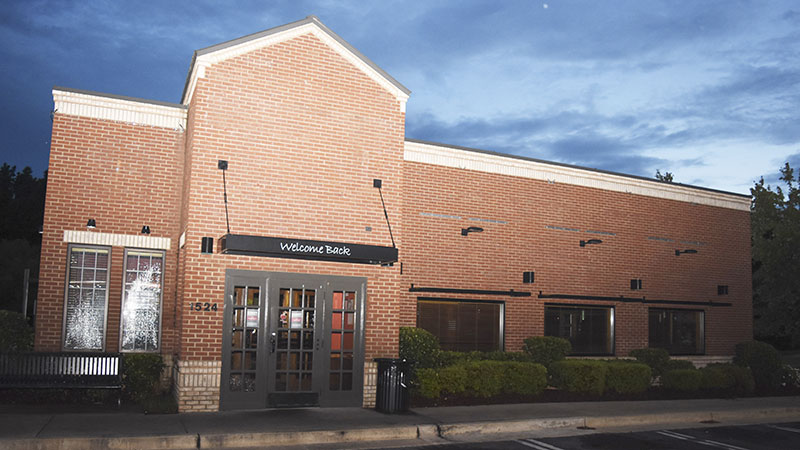 Applebee's in LaGrange appears to be permanently closed. --Daniel Evans

It looks like Applebee’s in LaGrange has permanently closed.

A sign on the restaurant’s doors Monday evening alluded to the fact that restaurant’s doors are permanently closed. The sign read “Sorry for any inconvenience. Your LaGrange location is now closed. Please visit us at any of our other Applebee’s locations listed on Applebees.com.” 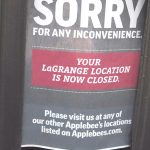 A sign at the Applebee’s location in LaGrange alluded to the restaurant being closed. –Daniel Evans

There was no signage left on the building, which is located at 1524 Lafayette Parkway. The road sign that directs motorists to the location was also gone.

No vehicles were left in the parking lot, a telling sign for a restaurant that regularly stays open until midnight.

Applebee’s announced in February it would close 60 to 80 locations in 2018, and the brand closed 99 in 2017.  A list of locations that would be affected was not released at that time.

According to Troup County property records, Applebees first got involved with the property in 2002, but it is unclear when the location officially opened.

As of Monday night, the LaGrange location was still listed on the Applebee’s website.

If Applebee’s is permanently closed, it’s the second chain restaurant to shutter its door in LaGrange in in the last two and a half months.

Ruby Tuesday, which first opened on Morgan Street in 1998, closed in March.

An email to Applebee’s media relations Monday night was not immediately returned.