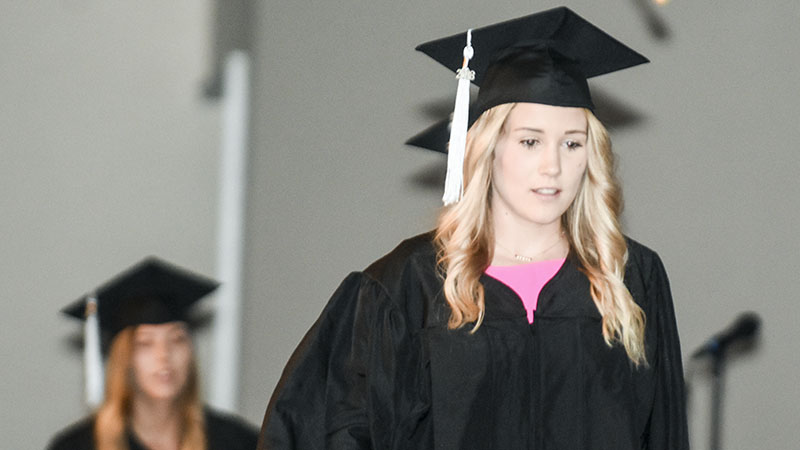 Twenty four students graduated from Lafayette Christian School on Saturday evening, accepting their diplomas and moving into the next stage of their lives.

Valedictorian Michael Evan Loutzenheiser said that high school had gone by way too quickly, but he thanked his fellow graduates for all of their time together.

“The class of 2018, I’d personally like to thank you for showing me what true friendship looks like,” Loutzenheiser said.

“I mentioned a few examples, but I want you to know that everyone of you has made an impact on my life, whether it’s been a simple act of kindness like lending one’s pencil or encouraging each other through difficulty.”

Loutzenheiser also presented junior Griffin McLeroy with the Benaiah Medallion, asking him to front the charge of spiritual leadership with the senior class.

“Griffin has a heart for the Gospel,” Loutzenheiser said. “This is seen in his ministry involvement and teaching at Western Heights Baptist Church, in addition to his dream and goal of pastoring a church later in life.”

Salutatorian Sydney Evelyn Broderick also spoke, and a senior video was played that featured each member of the class of 2018.

The video had a slideshow of each student, showing what they looked like as a baby and how they’ve grown up.

There were 24 total members of Lafayette Christian School’s class of 2018.