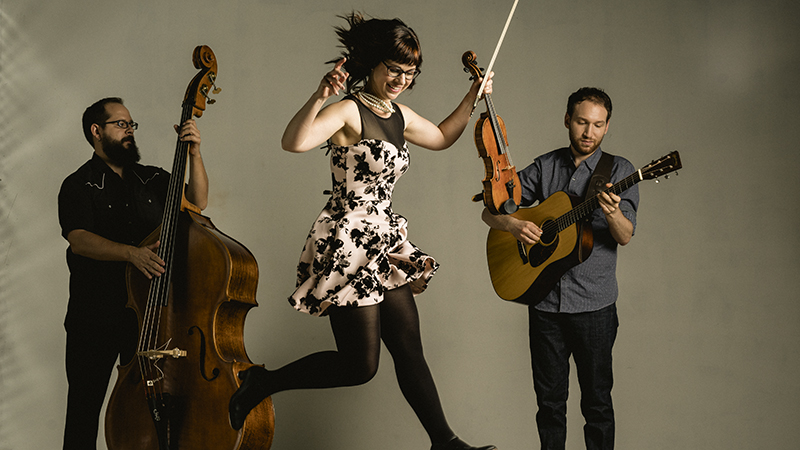 Verch has never been content to stand still. One of the most esteemed fiddlers of her generation, Verch has been immersed in a musical journey since the age of 3, with new chapters unfolding each step of the way. On Feb. 17, 2017, Verch released The April Verch Anthology (Slab Town Records), an 18-track collection celebrating her life’s work.

The April Verch Anthology is not only a testament to Verch’s musical versatility, but also illustrates her deep understanding of traditional music and song craft from the broad North American tradition. There are exuberant fiddle reels, Canadiana originals and old-time tunes rife with claw hammer banjo.

“As I reflected on the releases that had come before, I realized that those albums and tracks represented snapshots of my life, past and present, and that together they make a mosaic of glimpses into the full picture of who I am,” Verch said. “That’s when I decided that an anthology would be the perfect way to celebrate it all.”

Verch began her full-time touring career in 2000, and has since performed at elite festivals and performing arts centers worldwide. She step dances while fiddling. She sings while step dancing. Sometimes she sings, steps and fiddles all at once.

With 11 albums and years of touring under her belt, Verch has moved from upstart prodigy to mature and reflective songwriter, interpreter, and storyteller.

Clemmer’s Taco Grill will be serving fresh, authentic southern California tacos with $2 tacos and $7 plates. Cash only, from 6:30 p.m. to 7:30 p.m. before the show.

The concert is to be held at Pure Life Studios, an acoustic listening room, located at 206 Clark Street in the Hillside Community. Doors open at 6:30 p.m. and music starts at 7:30 p.m.

The concert costs $20 cash at the door or buy your tickets to secure your seat at www.purelifelagrange.com. Pure Life Studios is brown bag approved, and coolers are welcome.