Man arrested after 88.4 pounds of marijuana found in car during traffic stop 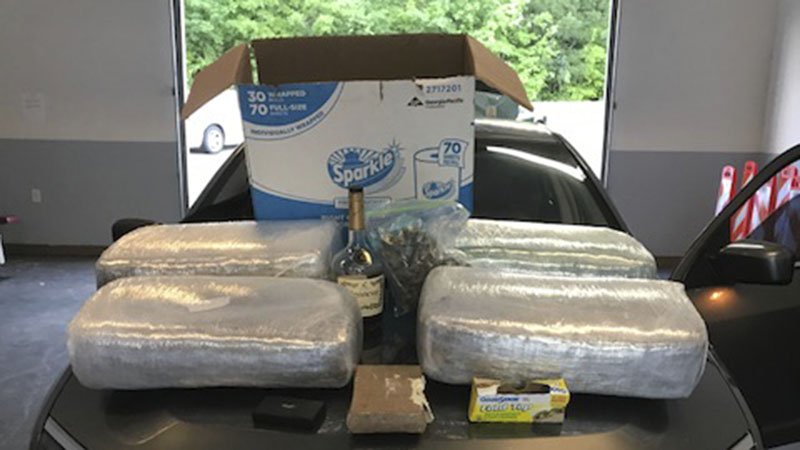 A Columbus man was arrested in Hogansville Tuesday afternoon after 88.4 pounds of marijuana and about 2 pounds of cocaine were allegedly found in his car.

Derrick A. Jackson, 34, was pulled over by a Hogansville Police Department officer after the car he was driving was determined to have suspended registration, according to a press release from the City of Hogansville. Jackson was driving a 2010 Ford Fusion and had an expired driver’s license, according to the press release. The traffic stop took place just after 7 p.m.

According to the press release, the drugs were uncovered during the traffic stop. According to HPD Chief Brian Harr, Jackson would not tell the officer where he was going.

HPD Sgt. Jeff Sheppard said with simply the two pounds of crack, the substance was worth “hundreds of thousands of sales.”

“This amount of marijuana, this quality, and along with the cocaine, if you get that much cocaine broken down into crack cocaine and everything else, you’re talking about with that weight epidemic levels,” Sheppard said.

Sheppard said before the HPD drug tested the marijuana out of its original packaging, it weighed approximately 91.5 pounds.

Jackson is charged with possession with intent to distribute marijuana and cocaine, according to the press release.  He’s been transported to the Troup County Jail. The incident remains under investigation.

Vacant home on Whitesville Road burns down in fire