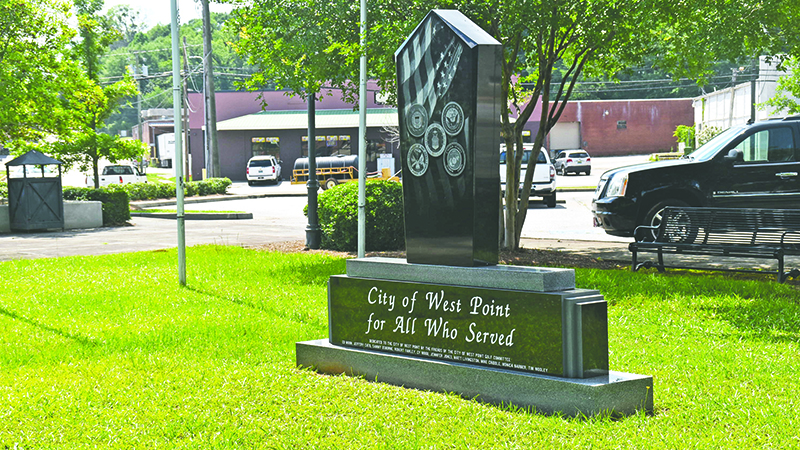 WEST POINT — The City of West Point makes up its fair share of World War II veterans, but has no memorial honoring the men who gave their lives during war time. That is until now.

World War II Navy veteran Jim Nix will soon be erecting a monument in memory of five West Point men who were killed in action and one who was taken as a prisoner of war during the war.

“These men have not been memorialized yet,” Nix said. “Knowing them and knowing their families and having a personal relationship with them, I just felt like it was time that they be remembered in a way that the public can see.”

Nix started work on the memorial two years ago. It involved asking the West Point City Council for permission, finding a place to put the monument and — what Nix said was the hardest part — finding surviving members of the fallen soldier’s family.

Nix made sure to include the due diligence on this project, as it holds personal value to him. One of the men memorialized on the monument is his older brother, Wendell Lloyd Nix, who served in the United States Army Air Corps.

“I’m a veteran myself and I’ve seen an awful lot of this kind of thing and experienced it first hand, this being my brother’s name here too,” Nix said. “He was so young, healthy and a handsome, a big strapping boy.”

Wendell was just 18 months older than Nix. He died training to fly bombers.

Nix originally planned to have the monument up by Memorial Day but waited due to inclement weather.

He plans to have it up within the next week or two at J. Smith Lanier II Park.