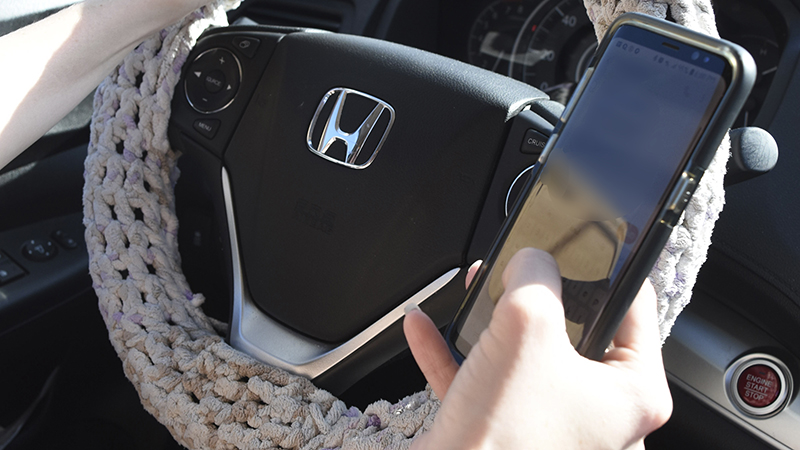 Driving with a phone in your hand will be illegal in Georgia starting in July, except in cases of emergency. --Daniel Evans

A Troup County Sheriff’s Office post about the new hands-free driving law has nearly 4,000 shares and caused some unintended confusion about how it affects internet-radio apps.

The post listed what would be illegal under the new law, but the wording made many commenters feel like they could not listen to Pandora, Spotify and similar apps while driving. On Monday, the sheriff’s office clarified the law in a follow-up post, stating that it would be illegal to switch songs or change stations — anything that involves holding a phone — while driving, but that it’s legal to set up a station before driving.

“As long as they are not going down the road, holding their phone,” said Lt. Jeff Duran with the Troup County Sheriff’s Office. “As long as it’s hands free.”

The law goes into effect July 1. Here are the details of the law:

Driving with a phone in hand or using any part of their body to support their phone. Drivers can only use their phones to make or receive calls by speakerphone, earpiece, wireless headphones, phone connected to vehicle or electronic watch. GPS navigation systems are also allowed.

Drivers cannot send or read text message unless they are using voice-based communication that converts the message to a written text.

Drivers cannot send or read emails, view social media or any other form of internet content.

Drivers cannot watch a video unless it is for navigation.

The exceptions to the law are reporting a traffic crash, medical emergency, criminal activity or hazardous road conditions; utility service providers responding to a utility emergency; first responders performing their official duties; and when a lawfully parked vehicle.

Doughnut truck’s misfortune leads to 4,000 treats being given…