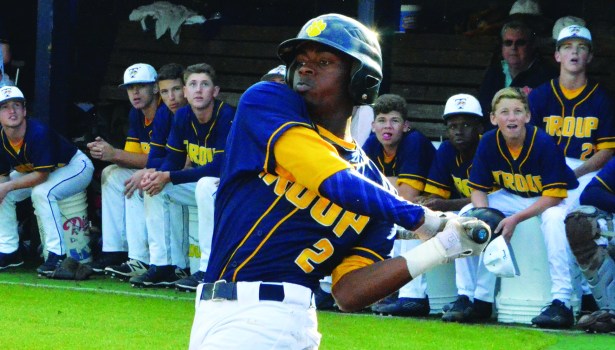 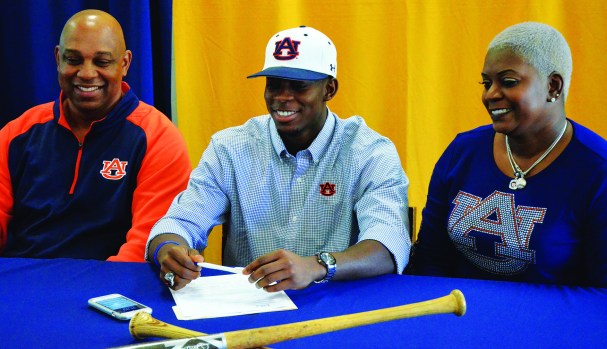 He’s wagering on himself.

Ryan Bliss, the former Troup High baseball player, had a critical decision to make this week.

Bliss had an opportunity to sign a professional baseball contract with the Boston Red Sox, and he was in negotiations with the team to make that a reality.

Bliss had a dollar number in mind, and when the Red Sox were unable to meet it, he told them thanks, but no thanks.

Instead, Bliss will head to Auburn University to begin what he hopes will be a successful stint as a college baseball player.

Bliss will be eligible for the draft again in 2021 following what would be his third season at Auburn.

“Basically, they tried to negotiate with him, and try to talk him down off his asking price,” Troup head coach Craig Garner said. “Ryan, being who he is, he’s a great student, and college is something that’s very important to him. He politely told them, this is what it’ll take, and if not, hopefully y’all will look at me in three years.”

Even after Bliss told the Red Sox he was going to play in college, they drafted him in the 30th round, a testament to how strongly that organization believes in his ability.

Had Bliss and the Red Sox come to an agreement, he would have gone much earlier in the draft.

“I worked out with them a couple of times,” Bliss said. “They came to the house, and they made an offer earlier in the draft, and we couldn’t get to that number. I feel like college is the better route for me because of that. I’ll go to college, and take my three years, and go from there.”

If Bliss succeeds at Auburn, he’ll be in a more enviable draft position in three years.

“He has confidence in himself that he’ll go to Auburn, and get bigger and stronger and better overall as a player,” Garner said.

As far as Bliss was concerned, he was in a no-lose situation heading into the draft.

“Auburn, I loved everybody up there, but if the offer (from the Red Sox) was there, I was going to take it,” Bliss said. “It was a situation where I had nothing to stress about. I’m blessed to be going to Auburn.”

Bliss added that “it’s still an honor to get drafted”.

Garner was impressed with the way Bliss maturely dealt with a situation that can be stressful.

“He seems like he’s four or five years ahead of his time as far as his intellect and maturity,” Garner said. “I think he’s handled the process as good or better than anybody I’ve ever seen.”

Bliss signed with Auburn in December, and he then went out and had an extraordinary senior season, hitting close to .500 with eight home runs.

Almost from the first game of his freshman season, Garner knew that Bliss was going to be his shortstop for a long time.

Bliss stepped into the lineup by the second game of his freshman season, and he was a starter for the rest of his time at Troup.

“I could tell back when Ryan was in the fifth or sixth grade that he was going to be a special player,” Garner said. “It was pretty obvious. To be a four-year starter at shortstop, that’s pretty special.”

Now, Bliss will get to test himself against some of the best college players in the country.

The SEC has established itself as the premier league for college baseball, and Auburn has advanced to an NCAA super regional for the second straight year.

This year’s Auburn team is loaded with talent, and pitcher Carter Mize was the number one player take in the draft.

“Auburn, they lost a lot of players to the draft this year,” Bliss said. “They had five or six taken in the draft. Me seeing that, I know if the development is there, I can get drafted high in three years.”

Bliss figures if he can succeed in the SEC, that’ll let scouts know he can play at a high level.

“It’ll give the scouts confidence in me to draft me higher,” Bliss said. “They know he’s doing it in the SEC. It’s the quality of what you’ll see in the minor-league system. Everything works out in the end.”

A year ago, Auburn reached the super regional before losing to Florida State.

Auburn is back in the super regional this season, and it will face Florida in a best-of-three series this weekend, with the winner advancing to Omaha for the College World Series.

“It’s been fun watching them and seeing what I’m going to join,” Bliss said.

Bliss will be staying close to home, so his family and friends will be able to watch his games.

Bliss will also keep an eye on his old team, and he’ll always be willing to lend a hand.

“I’ll always have Troup in my heart,” he said. “I’ll always be paying attention, giving advice to the younger guys.”