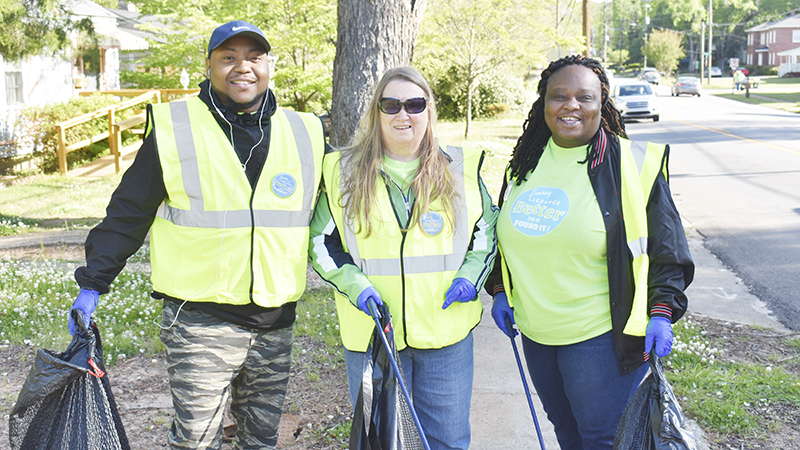 City of LaGrange employees and citizens plan to pick up trash on Saturday from 8 a.m. to 10 a.m. starting at Berta Weathersbee Elementary School.

The cleanup will go down 4th Avenue to the Callaway Clock Tower. All residents are invited to come out for the event, which is part of the city’s continued efforts to beautify the area.

“We are continuing to spread the message that all residents need to work together to help clean up the city,” LaGrange Mayor Jim Thornton said. “I think we’re making progress. I commend our city employees as well as local residents who are trying to make a difference.”

Unlike the first city sponsored cleanup, this event will be entirely voluntary for city employees, and it will be the first in a series of monthly cleanups. City leaders are still excited about this next step in the “Leaving LaGrange Better Than We Found It Campaign.”

“As employees of the city, we have an opportunity to do something about it,” City Manager Meg Kelsey said in a press release. “We need to create a sense of responsibility and ownership for roadways and other public areas. City staff has the opportunity to send a new message to our citizens and visitors.”

Over the last few months, the community has continued to discuss litter, and neighborhoods and businesses alike have participated in cleanup efforts. People have also begun to report potential litter problems as well, like unsecured loads.

“Since this strong effort has started back in April, we’ve received a lot more input from our local citizens,” said Scott Landa, the executive director of Keep Troup Beautiful. “The good thing about that is the heightened sensitivity to our litter problem.”

Those efforts have actually resulted in less litter in some areas than may have been at those locations in the past.

“When I was scouting around for possible places for the city’s volunteer effort, I went to some of the areas that in the past have not been great,” Landa said. “There has been a lot of litter, and as I scouted around the city what I did notice was that it was a little tough for me to find those bad areas this time. That is good news.”

Despite this improvement and education efforts by the City of LaGrange in partnership with Troup County, the City of West Point, the City of Hogansville and Keep Troup Beautiful, there is still plenty of work that needs to be done.

“I certainly appreciate the efforts of the volunteers to make this a prettier community,” County Commission Chairman Patrick Crews said. “The local governments have initiated some efforts to bring some greater public awareness to this problem, but we need volunteers. We need people to jump in and help with this.”

Anyone who would like to organize their own cleanup should contact Keep Troup Beautiful at (706) 884-9922 or ktbaffiliate@att.net. Keep Troup Beautiful can assist by providing bags, gloves and safety vests. The group is also encouraging groups to consider adopting a section of roadway.

“We are seeing a few more groups that want to adopt roadways,” Landa said. “I’d like to see more of that, so we are pushing that effort as well.”

The adoption program requires a one year commitment.