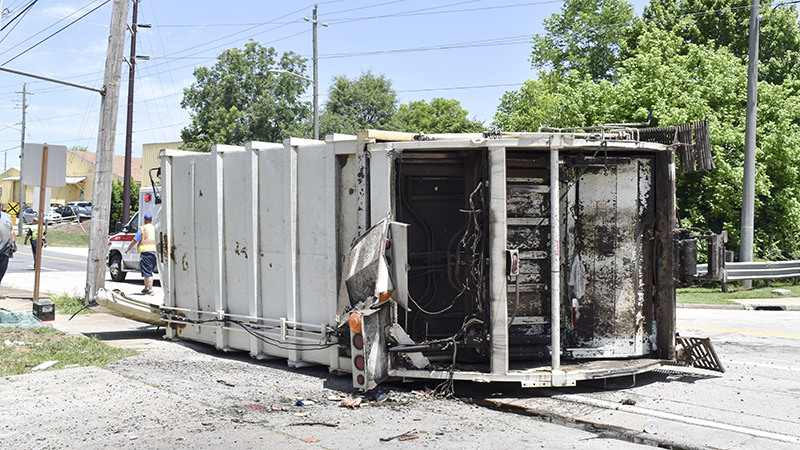 The LaGrange Police Department said that the driver of a C&C Sanitation truck was not seriously injured when his truck overturned on Main Street near the Hamilton Road intersection on Wednesday afternoon.

“From my understanding, he was on the top of the hill on Morgan Street, and he was going south,” LPD Officer Clint Gibson said. “He said that he lost brakes.”

Gibson said that the truck swerved to miss a car and overturned at the bottom of the hill due to its speed and the top-heavy nature of the truck combined with the turn.The driver was trapped in the truck following the accident and emergency personnel extracted him from the truck. He was taken to WellStar West Georgia Medical Center as a precaution.

A call to C&C Sanitation was not returned.