Jones to be one of four parade grand marshals 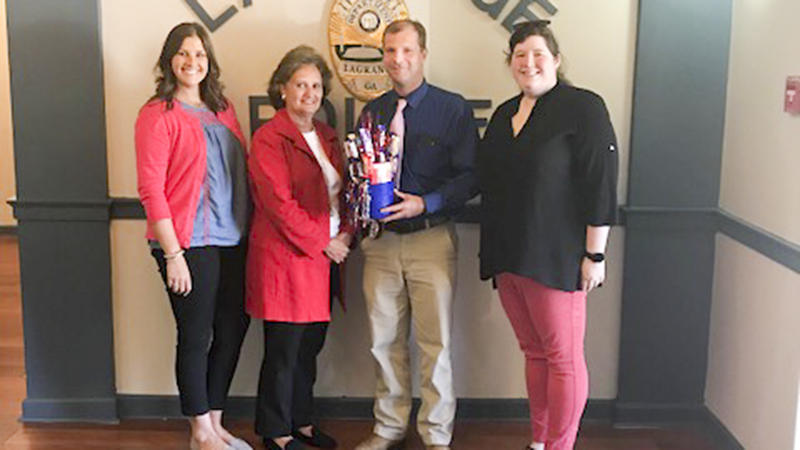 NOTE: This is the second story in a four part series featuring the grand marshals for the 2018 Sweet Land of Liberty parade.

In 1994, just 30 days after his graduation from LaGrange High School, Jones was on a bus bound for Fort Sill, Oklahome and basic training in the U.S. Army.

It was his first trip out of the Deep South.

Jones went on to serve four years with the 82nd Airborne.

This July 4, the latest chapter in Jones’s patriotic journey will find him in downtown LaGrange, one of four grand marshals at the 34th annual Sweet Land of Liberty parade for youth.

With the theme “Home of the Brave,” the parade will recognize public safety workers who risk their own lives to keep the community safe.

Jones, a father of five and the current “Officer of the Year,” for LPD, said he’s humbled and honored to be part of the parade. He sees his role as representing his law enforcement colleagues.

“I am a representative of the entire department. We all have the same values, the same commitment to serving the community. Who I am is everyone up here,” he said.

“I have dozens of good officers, but I’d like to have a dozen more like Jeremey,” the chief said. “He’s a pearl.”

Jones’ career in law enforcement came about almost by chance. He got a job in manufacturing after his discharge but missed the opportunity to be “out and about” that the military had given him. He happened to see an ad that LPD was hiring. It seemed like a good fit.

“I liked the idea of being part of something bigger than me, doing something to improve the community,” he said.

After two years as a patrol officer, Jones was tapped as the city’s sole DARE officer, leading drug abuse resistance classes in local schools. In 2003, he moved to criminal investigations and found his niche. He likes the challenge, the variety, and the chance to make a difference.

On any given day, he may investigate anything from bad checks to homicide. He also serves on the department’s tactical unit, is a crime scene technician and a member of the LPD Honor Guard.

He believes his military background has been an asset, providing discipline and self control essential to success in law enforcement. He found great support from the department when, as a reservist, he was called to active duty and spent much of 2008-2010  in Afghanistan.

Jones and his wife Jana have a blended family of five children. His oldest son, Justin, has followed his father’s path into the military. He’s a 20-year-old Navy helicopter mechanic, currently stationed in South Korea.

Celebrating July 4 is important to the Jones family, and not just this year.

“The Fourth means a lot. It’s always been about celebrating our independence and all the people who helped defend it and support it,” Jones said.

The parade honor is doubly special to him because it reminds him of the community support for law enforcement.

“In the 19 years I have been at the police department,  the community support has been overwhelming. We see it everywhere, even on the street.  Without a doubt, I can tell you the community is fully behind us,” he said.