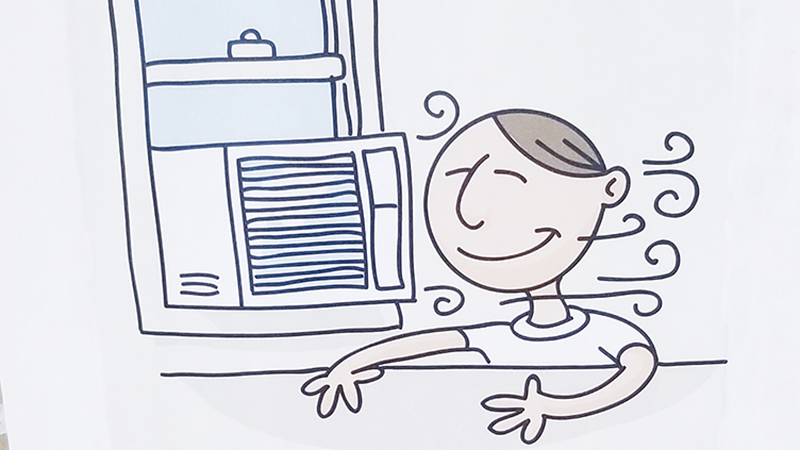 This sign at the LaGrange Memorial Library is letting visitors know that the library is currently closed. (DANIEL EVANS | Daily News)

On Wednesday, the LaGrange Memorial Library was forced to close its doors and wait patiently for the installation of a new air conditioning unit, which is likely to happen Monday or Tuesday.

The library has been aware of the need to replace air conditioning units for some time, and the Troup-Harris Regional Library system has made several requests for additional funds to replace the old heating and air system. That need came to a head around 2 p.m. on Tuesday when the unit shut down.

“Depending on the area of the library, it is 87 or 88 degrees on the inside, and we just couldn’t function in that,” said Keith Schuermann, the director of the Troup-Harris Regional Library system. “The chiller that we have is about 20 years old, and we knew it was going to give out sooner or later, and sure enough, it did in the hottest time of the year so far.”

Fortunately, after years of asking, funding was finally available to the Troup-Harris Regional Library system for the necessary upgrade, which was already scheduled for next week.

Schuermann said that the library received the grant to replace the 110-ton air chiller in March as part of Gov. Nathan Deal’s budget. The unit cost $120,000.

The new unit should be installed on Monday or Tuesday, meaning that the library will have spent almost a week without air conditioning and almost a week closed.

“We wanted to get through Wednesday because that is our summer reading program day,” Schuermann said. “We shoehorned about 110 kids into the Fackler Room for that. Fortunately, that room has an independent AC unit, so we did that, but after that I made the call that we couldn’t have people suffering anymore.”

‘This was not an easy decision’: Hogansville council votes…